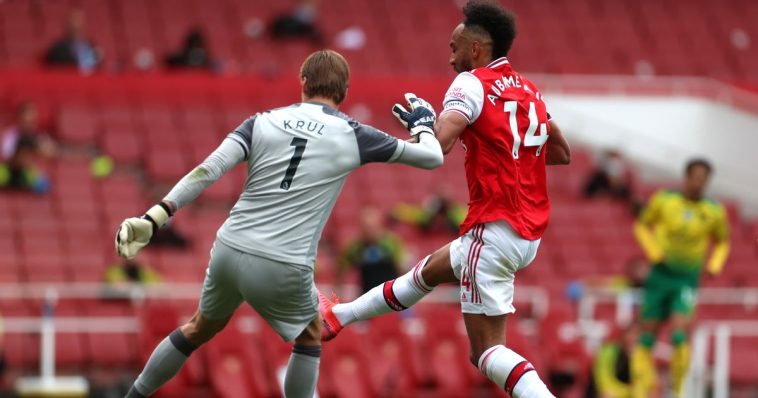 Gabon International Pierre-Emerick Aubameyang reacted to his Arsenal record. As his netted a brace during Gunners’ brilliant 4-0 win against Norwich.

Former Borussia Dortmund forward became on Wednesday, the fastest-ever Arsenal player to reach 50 league goals. As he netted a brace to help Mikel Arteta squad come over Norwich during 32nd Premier League matchweek. And jump to 7th place on the table.

Former France skipper Thierry Henry was holding the record after 83 apperances. But Gabonese striker smashes the record with just 79 games. He is now at 51 with the Emirates Stadium outfit.

Former Saint-Etienne forward reacted to that achivement. Saying it was a good day for him and team-mates.

Arsenal’s next game will be a tough one. As they are making a trip to Molineux Stadium on Staturday 4 June to face Wolverhampton for the 33rd PL gameweek.

Wolves rank 6th on the standings with 6 points clear of Arsenal, 7th.