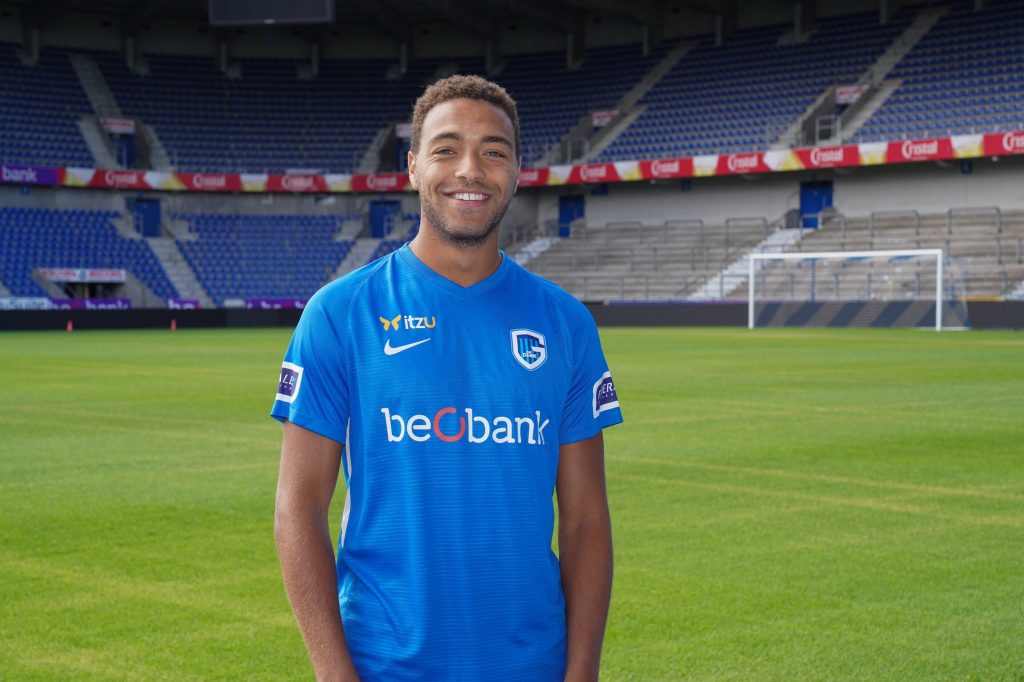 Nigerian forward Cyriel Dessers says he is happy to be back home and play for his dream club after signing for Belgian side KAA Genk.

Dessers joined the club from Heracles Almelo after an impressive performance that saw him finished as top scorer in the Dutch Premier League this season.

The 25- year old was called up by coach Gernot Rohr in March ahead of the botched AFCON qualifier against Sierra-Leone after he agreed to play for the Super Eagles.

Desser signed four years deal with Genk that will see him remain with the club until mid-2024.

Read Also: Osimhen Returns To Lille After Visit To Naples For Transfer Talks

The forward was unveiled by the club ahead of the 2020-2021 season and he expressed delight to have seen his dream of playing for his childhood club came through.

He said, “Limburg is where my home is. I was born here.

“My dream was to play for KRC Genk my team.

” I imagined to play in that amazing stadium. In football, you don’t get any thing free, only hard work pays off.

“Hard work to improve everyday and to make your dreams come true.

After four years in the Netherlands, he returns to Belgium to play for the club of his heart.

Cyriel Dessers comes from Vechmaal near Heers and as a seven-year-old already passed a test at KRC Genk.

Eighteen years later, he can still realize his dream. KRC Genk is very happy with his arrival.

Genk sporting director Dimitri de Conde while welcoming the player, said he is still young and ready to take his career to the next step.

Cyriel has developed excellently in the Netherlands as a footballer and as a real goalscorer. He is Belgian, still young and ready to take the next step in his career. The fact that he was a supporter of our club as a child only makes it even better. “