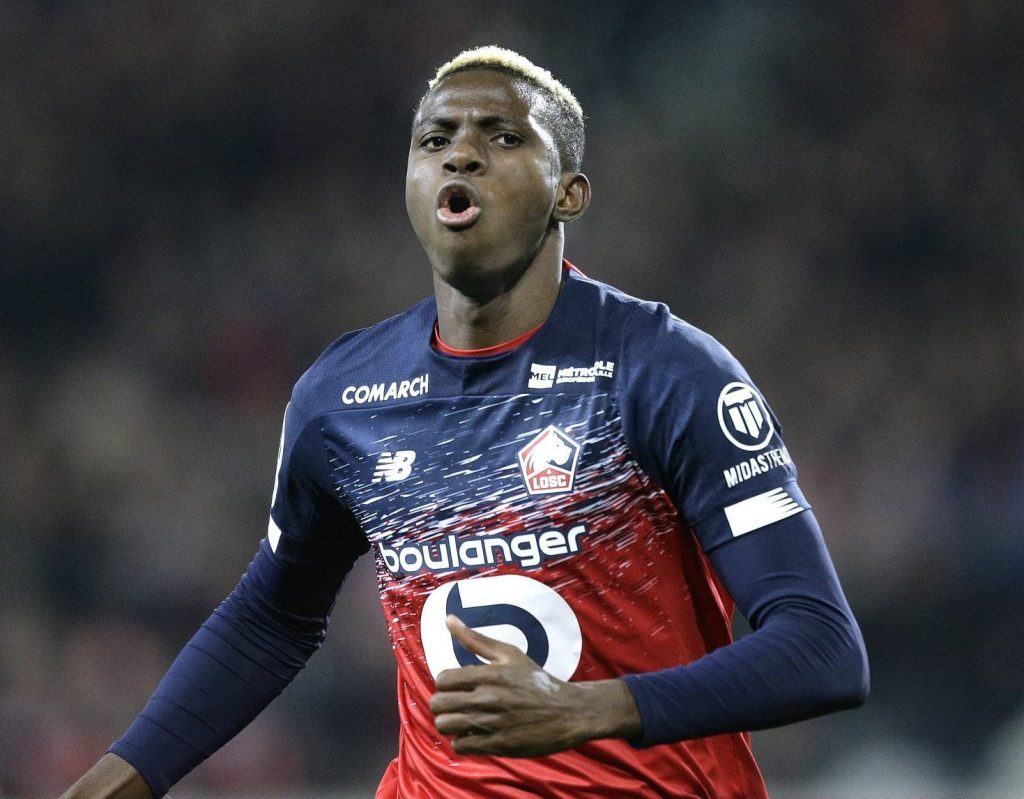 Victor Osimhen has returned back to Lille as negotiation for a move to Napoli is yet to be reached by both clubs.

Osimhen was in Naples on Tuesday for a possible transfer move from Ligue 1 to Serie A after just one season with the French club.

The Super Eagles forward have been a subject of transfer speculation from top Europe clubs following a scintillating performance with Lille in his first season.

After meeting with the Napoli officials alongside his agent and the club manager Genarro Gatusso, there were issues still left to thrash out before the deal could be sealed.

Africa Top Sports scooped that there was a positive signal after the meeting with details concerning wages and image rights yet to be defined.

Read Also: Osimhen Arrives Naples Ahead Of Napoli Switch After A Season With Lille

According to Napoli News, both parties have not reached a final agreement yet, however, there is optimism about the outcome of the deal.

The Italian news outfit reported that as soon as an agreement with Victor Osimhen is reached, Giuntoli and Napoli will open talks with Lille.

The agreement with the attacker has been reached at €2.5m per year with bonuses that could rise to €3m.

Napoli now need to close the deal with Lille.

The Serie A club last season had wanted to sign Nicholas Pepe from Lille but the deal failed as he the Ivorian was snapped up by Arsenal.

He also scooped the Lille Marc Vivien Foe award for Africa players following his breakthrough Performance that saw the club finished fourth on the league table.