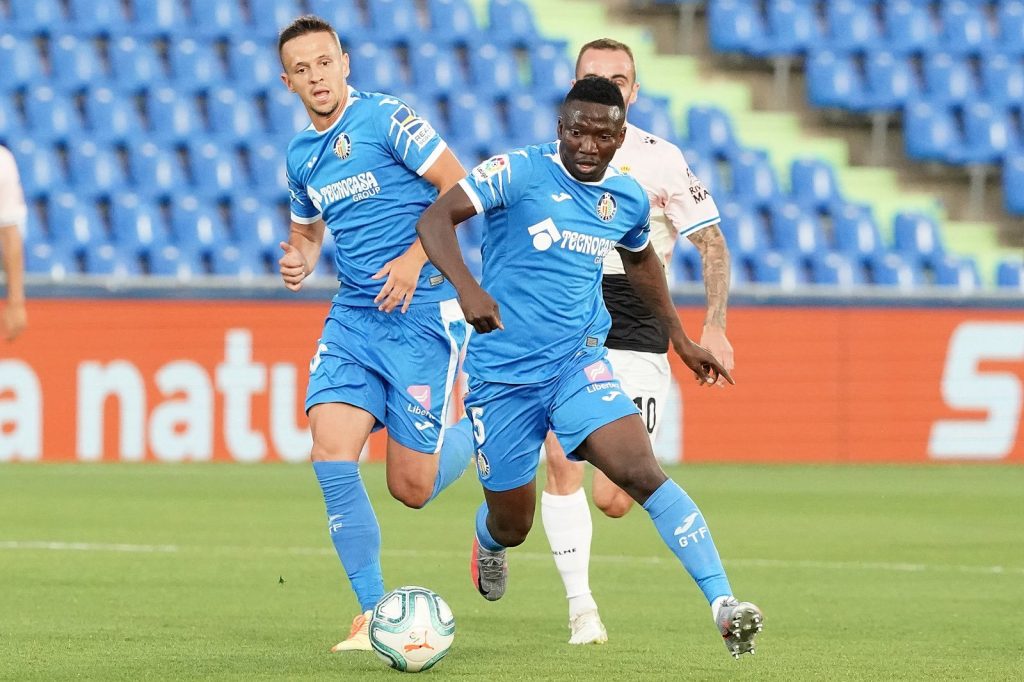 Oghenekaro Etebo has been ruled out of Getafe trip to Osasuna for Sunday’s  La Liga game by manager, Jose Bordalas.

Etebo was left out of the squad that narrowly lost 1-0 to Real Madrid on Thursday night due to muscle injury.

The Super Eagles midfielder has played 10 games and scored just one goal in the 1-1 draw against Eibar.

Getafe manager , Bordalas while speaking on his pre-match conference ahead of the trip to Osasuna, gave update on his players.

He said Etebo and teammate Erick Cabaco are still undergoing rehabilitation and not available for selection.

He said, ”The team is physically and mentally well.

“Cabaco and Etebo are still in a period of rehabilitation and will rejoin the group soon.”

Etebo joined Getafe on loan from Skybet Championship side Stoke City on a six month loan in January.

Commenting on his opponent, Bordalas said he expect his players to be at their best to beat Osasuna.

“It makes it more dangerous, I expect an Osasuna with more ambition.

“Osasuna has been doing a splendid job.

“Right now his objective is different and he has the option to apply for European positions, that makes him more dangerous right now.

“To beat them we need to be the best Getafe.

“It will be different for the better, because their goal was to stay a few dates ago and they have changed their goal.

“Right now they have the possibility of fighting to be higher. “

Getafe currently occupy sixth position on the log with 52 points from 33 matches.