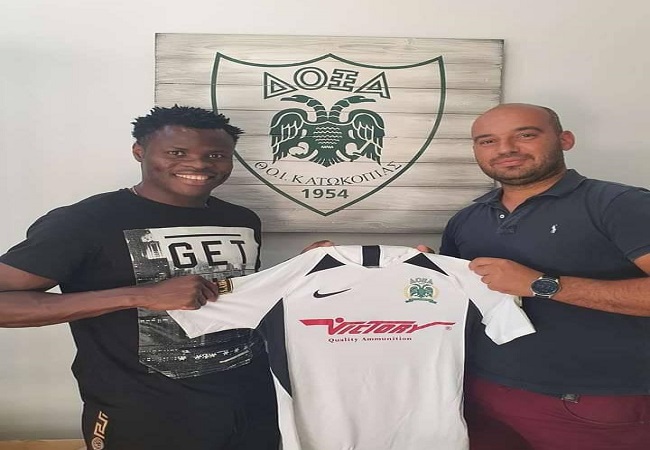 Although we have lost sight of him in recent years, Taye Taiwo has not put an end to his career. Cypriot First Division team Doxa Katokopias have confirmed the capture of experienced Nigeria national-teamer Taye Taiwo. He is in Cyprus for a new contract at 35 years old.

At the moment, Taiwo is presently having his first training session with his new teammates at Doxa Katokopias.

He will moreover have to fight together with his new team could hardly finish the last championship.

Before moving to Europe, the defender played for Lobi Stars and Gabros in his homeland.