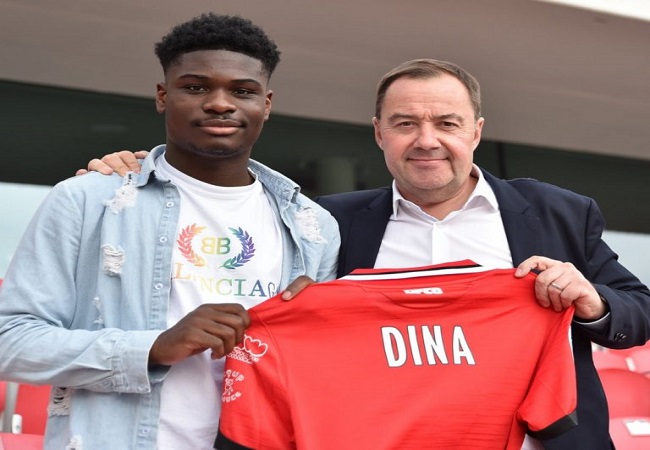 After a loan to Le Havre, Éric Junior Dina-Ebimbe joined the Ligue 1. The 19-year-old midfielder of the PSG is this time on one year loan at Dijon. Loan which has a €4 million purchase option according to Footmercato. He becomes the first reinforcement of the Burgundy club for this mercato.

Last season, Dina-Ebimbe played 25 matches in Ligue 2 at Le Havre with three goals and a decisive assist. He has also already been selected 3 times with the U20s and scored 4 goals with the French team.

«Better to play in a family club»
DFCO Sports Director, Peguy Luyindula explains what attracted the club in this player’s profile. “He can bring power and has a versatile profile. He has good head on his shoulders. He knows what he wants, and above all he has chosen Dijon. Several Ligue 1 and Ligue 2 clubs followed him. He felt we really wanted him, and he is determined. That is what we have been looking for.”

Eric Junior Dina-Ebimbe also spoke about his arrival. “I discussed with Peguy Luyindula and I immediately caught on the project, which I think was the best for me. I immediately recognized myself in his speech, and I was seduced by the ambitions of the club. To grow better, to aquire experience and maturity, it is better play in a family club, which shares these values“.