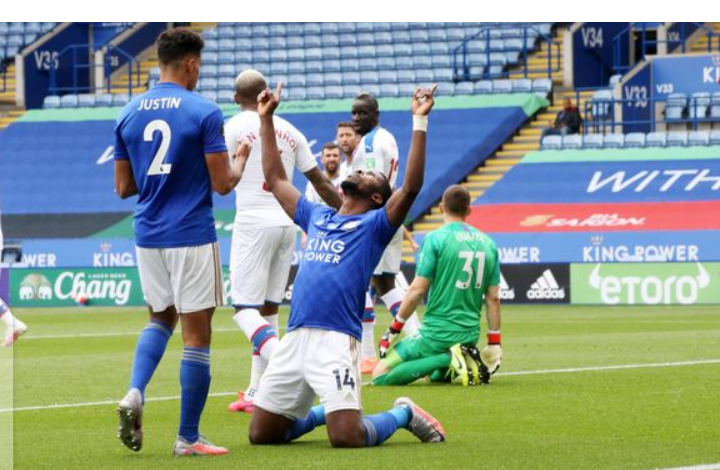 Another week of football action in Europe top leagues saw Nigerian players involved in action for their various club.

In Spain Samuel Chukwueze returned to the starting XI for Villarreal who suffered a 4-1 defeat at home to Barcelona.

Chukwueze who came in as a substitute in Villarreal 2-0 away victory against Real Betis played full time against Barca but could not do much to help his club.

Chidozie Awaziem was part of Leganes side that defeated Espanyol 1-0 in their first win since the league restart.

Awaziem came in a substitute for Aitor Ruibal in the 81st minute.

For Ramon Azeez, he sat all through the game in Granada 2-2 draw against Sevilla.
Afeez has been seeing much of playing time with Granada this season.

In Italy, Ola Aina started in midfield for Torino who were schooled 4-1 by Juventus in the derby della Mole.

Aina was booked in the 60th minute for handling the ball before be was substituted for Ansaldi.

William Troost-Ekong was dogged in the back for Udinese who played 2-2 draw with Genoa.

It was his 48th appearance for the Serie A side since he joined the club in 2018.

In England, Iheanacho was on it’s best as he counties his resurgence under Leicester manager Brendan Rodgers.

Having come off the bench and scored for Leicester City in their 2-1 loss to Everton at Goodison Park, he was restored to the starting XI against Crystal Palace.

He reposed his inclusion as he broke the deadlock for the Foxes in the 49th minute before he came off the pitch in the 64th minute.

His compatriot, Wilfred Ndidi played full time and almost scored through a header.

Odion Ighalo search for his first Premier League goal in Manchester United jersey continued in the 5-2 win against Bournemouth.

Ighalo also yet to start Premier League game for the Red Devils made another late cameo coming in for Anthony Martial in the 80th minute.

He almost scored for United in the 84th minute after he was played through by Bruno Fernandes, but he sent the ball off target.

Alex Iwobi was named in Carlo Ancelotti starting XI against Tottenham on Monday night at the Tottenham Stadium.

Iwobi who has been impressive since the league restart, however, was not at his best as Everton loss 1-0 to Spurs.

The former Arsenal midfielder was substituted out of the game in the 46th minute.

In the Skybet Championship, Semi Ajayi was an unused substitute in West Brom 4-2 home win against Hull City.

Semi who has been a regular starter for the club in recent games have lost his place in the back four.

The victory boosted West Brom promotion back to Premier League next season.

It was a blow to Leon Balogun as his second consecutive start for Wigan since the restart was marred by injury.

The Brighton player who is on loan to Wigan picked an injury just five minutes of play.