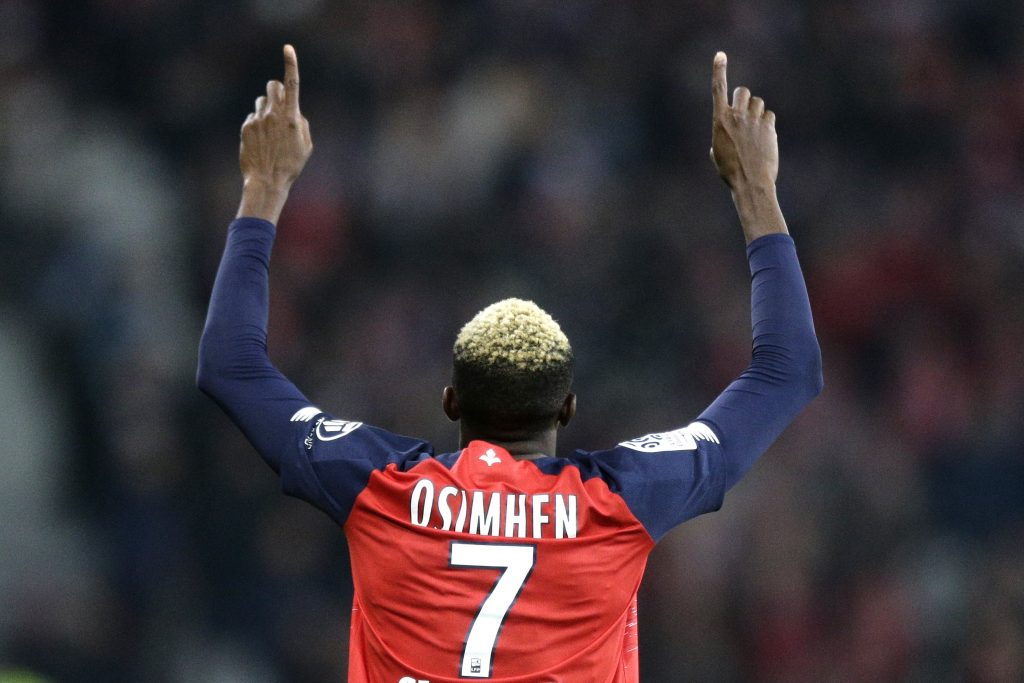 Victor Osimhen‘s name come endlessly in newspapers since the end of 2019/2020 season of French Ligue 1. After Liverpool and other Premier League clubs failed to enlist him, Serie A side Napoli seem to have convinced the Super Eagle to join Italian top-flight. But is it the right time for Osimhen to leave Lille ? Here’s our analysis.

AN INCREDIBLE BREAKTHROUGH SEASON WITH LILLE

Victor Osimhen ravaged everything in his path last season with LOSC. The Nigerian forward was the indisputable attack leader for Christophe Galtier team.

Alongside French striker Loic Rémy (in case Galtier play in 4-4-2 tactical system), Victor Osimhen appeared to be unavoidable poison for Ligue 1 defenders. Both of them scored 20 goals in French first tier. 13 for Nigerian ace in 27 appearances and 7 for Frenchman in 20 games. Wether at left wing or right wing, the 21-year-old has done unbelievable things on the lawns.

However, Osimhen is also able to play under a 4-2-3-1 system as a centre-forward thanks to his versatility. Christope Galtier often made this scheme in case Jonathan Bamba and Nanitamo Ikoné are both available. But Osimhen did his best to blossom on the pitch all the time.

Read also : Victor will make his choice in the coming hours – Okolo

AWARDS AND COMPARISONS WHICH AROUSED INTERESTS

After scoring 18 goals with 6 assists provided across all competitions (38 games), former Charleroi skipper comes up on the viewfinder of European top clubs. Lille fans voted him “Mastiff of the season”. Before being crowned some weeks ago, with the Marc-Vivien Foé prize, dedicated to the best African player in Ligue 1.

Meanwhile, the player’s eyes was opened larger than ever. As congratulations words overwhelmed him. While people believed his father’s death would lower transfer rumors, it rather amplified them.

“…He is a smart boy, intelligent and I repeat: he has everything it takes to get to the level of Didier Drogba.” German tactician said.

Read : Nigeria : for Sunday Oliseh, Osimhen is of the same caliber as Yekini

IN THE FOOTSTEPS OF NICOLAS PEPE ?

Following the current situation of Victor Osimhen, we can’t rule out a comparison with his predecessor Nicolas Pépé.

Indeed, the Ivorian winger also moved from Lille to Arsenal after a season at Stade Pierre Mauroy side. But gunners’ fans are still waiting to see the Nicolas Pépé of Lille. As he has skinny stats this season with 5 goals scored in 27 Premier League appearances.

As Osimhen, the 23-year-old won the Marc-Vivien Foé prize in 2019 before packing his bag from French Ligue 1.

However, what Pépé is currently facing in Premier League can not deduct what awaits Victor Osimhen in Serie A.

Read also : My goal is to become the best African player in the world – Victor Osimhen

While some think it’s time for him to leave for he proved that he can play at anywhere, others say he should stay for at least one season again. However, it’s worth mentioning that this is part of the policy of Lille officials. Improving the level of unknown players and sell them later is nothing new at LOSC these last years.

Wether Serie A or any other European top leagues, Victor Osimhen is able to repeat and even more than what he did at Lille. As he is getting closer and closer to Gennaro Gattuso club. Following a Twitter post of Lille, dedicating today’s date (07/07) as Victor Osimhen day.

Read more : Lille dedicates 7/7 to Osimhen despite talks in place to join Napoli