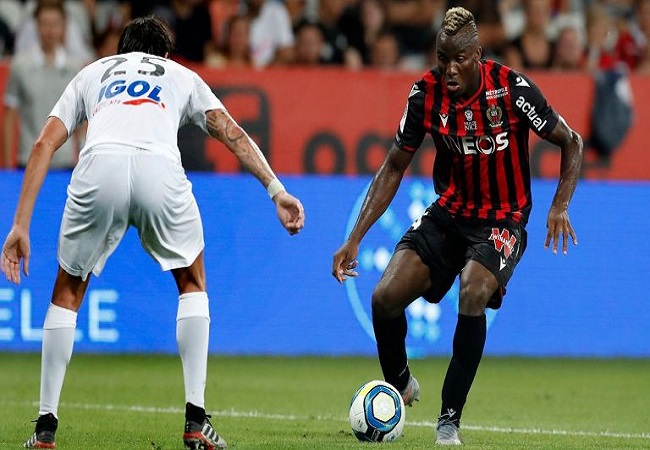 Ignatius Ganago will leave OGC Nice! The 21-year-old Cameroonian striker, trained at the GYM, will be going towards RC Lens.

After the official departure of Malang Sarr (free), the Gym is ready to let its forward Ignatius Ganago go. According to information from Nice-Matin, the Cameroonian player should join Lens Racing Club in the next few hours. The Sang-et-Or, in search of an offensive reinforcement, will also break their piggy bank in order to own the young Lion. The transfer fees then estimated at 6 million euros.

The striker scored three goals for twenty-six appearances in Ligue 1 last season. He would even be expected at Lens in the coming days to undergo the traditional medical examination before his signature. The two clubs have reached an agreement in principle in the last few hours.