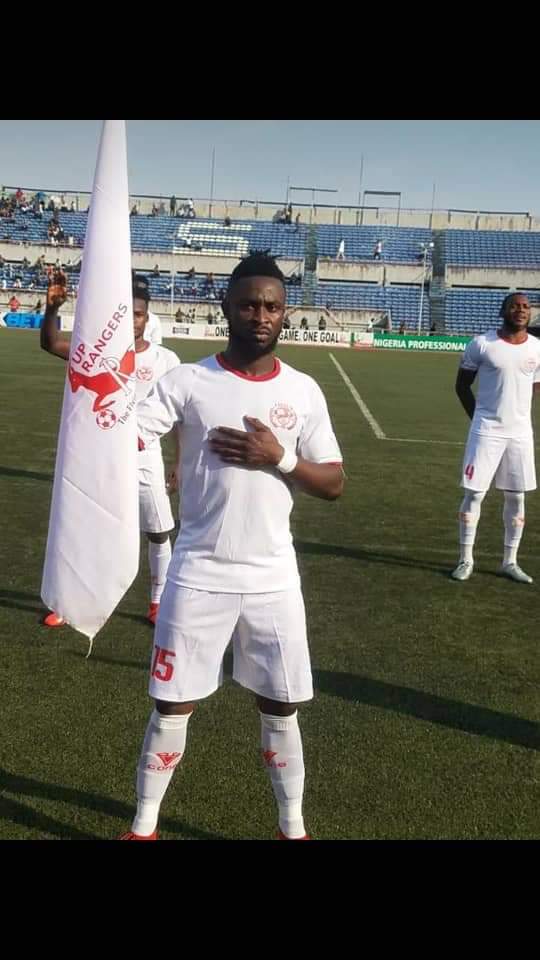 Nigeria Professional Football League(NPFL) side,Rangers International said it will retire the jersey number 15 worn by late Ifeanyi George ahead of next season.

Rangers made the announcement via a tweet on it’s official account as a mark of respect to their late forward.

“In honour of the services rendered by the late Ifeanyi George, the management has decided to retire his Jersey number 15 for next season.”

Management of the Flying Antelopes had also announced they will present the Insurance benefit Cheque of the late player to his family on July 21, 2020 in Enugu.

George died in an auto crash alongside two other persons in Abudu, along Benin-Agbor road, Nigeria, while traveling to Lagos.

The incident occurred few weeks after the NPFL was suspended due to the coronavirus pandemic.

George has since been buried in Lagos in a ceremony that saw few persons including top management and players of Rangers in line with social distancing and few gathering guidelines in Nigeria.