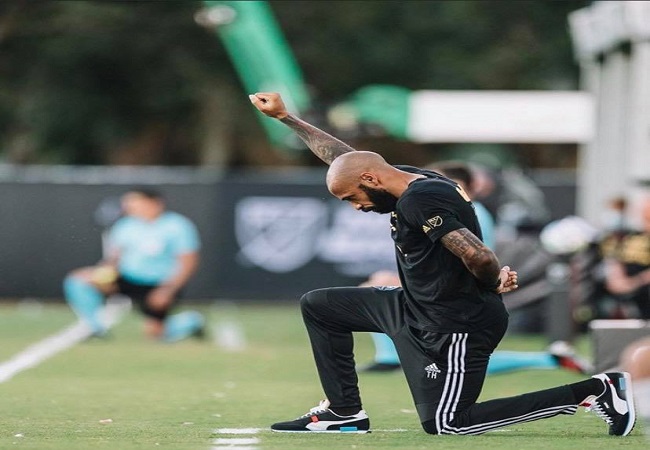 In the symbols of the fight against racism in recent weeks, Thierry Henry has raised the level. On Thursday, the former Blue put his a knee down for nearly 10 minutes.

Precisely, 8 minutes and 46 seconds. That is the duration when the US police officer, Derek Chauvin, maintained his knee on George Floyd’s neck. It is in fact this tragegy that has aroused for weeks, a wave of protests throughout the world.

Henry, a legend at Arsenal, is now a Montreal Impact Coach. He performed his action during his team’s game against New England. Since George Floyd, the symbol of the Black Lives Matter movement came into being worldwide.