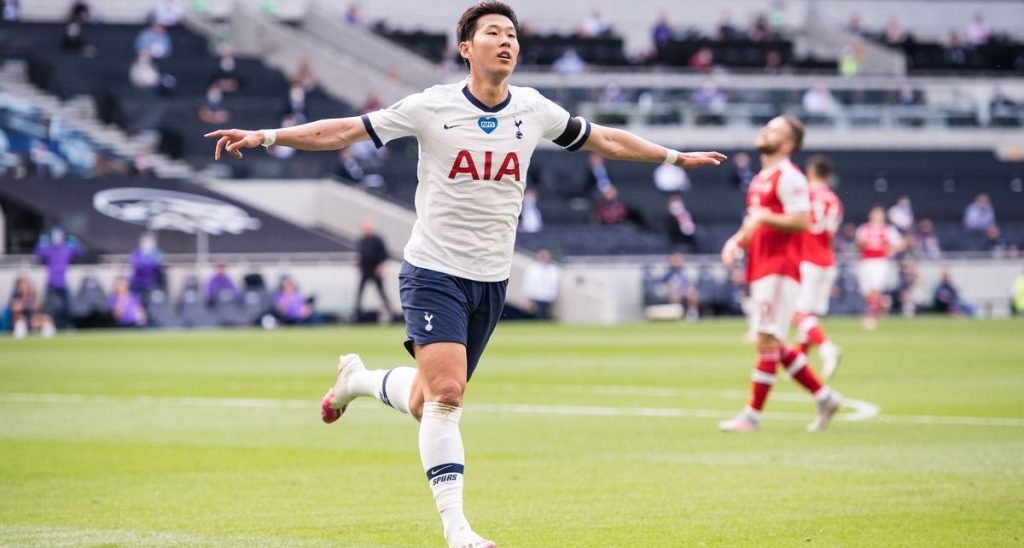 Great actor Sunday in the match between Tottenham and Arsenal (2-1), Son Heung-min tied a record for Emmanuel Adebayor in the North London derby.

The Equalizer, the Korean then delivered an assist for the Spurs’ victory. His Heung-min did as well as the Togolese Emmanuel Adebayor who competed in the derby.

The former Bayer Leverkusen became the first Tottenham player to score a goal and provide an assist in a game against Arsenal since Adebayor in February 2012.