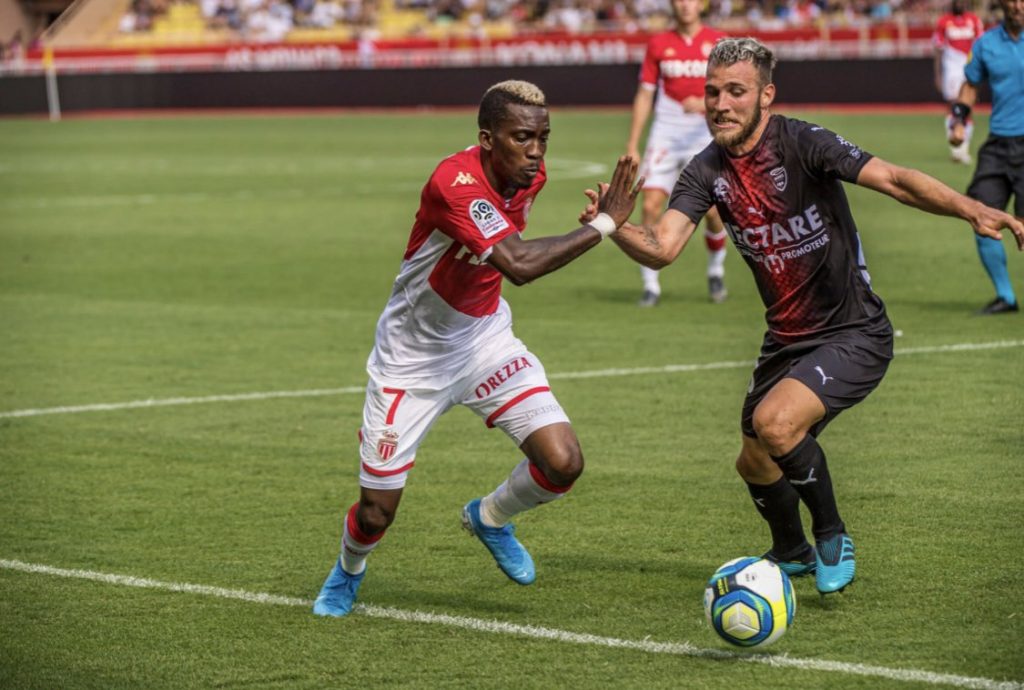 Monaco forward Henry Onyekuru said he still wants to play in the Premier League some days.

Onyekuru was signed by Everton but could not see his dream of playing in the Premier League come true as was continuously on loan.

In July 2018, Onyekuru joined Galatasaray on a season-long loan.

Having failed to ever secure a work permit in the UK, Onyekuru joined AS Monaco on a permanent transfer on 12 August 2019.

The fee was undisclosed (rumoured to be between £12-£15 million) and Onyekuru signed a five-year deal with the Ligue 1 club.

The Super Eagles forward since joining the French Ligue 1 side struggled to adapt to the league.

He returned to Galatasaray on loan in January where he spent the second stanza of the 2019-2020 season playing in the Turkish Lig.

After Monaco refusal to allow the Turkey club extend his loan deal till end of the season, he rejoined the French club in June.

Onyekuru while speaking with Brila FM in a live interview as monitored by Africa Top Sports said he wants to prove himself in Monaco.

He hinted that he has an unfinished business with the French club and will want to do that in the 2020-2021 season.

“The Premier League has always been my dream and I hope to return someday but for now,I have got an unfinished business at Monaco where I do want to prove myself next season.”

He scored just one goal and three assists in 12 games.