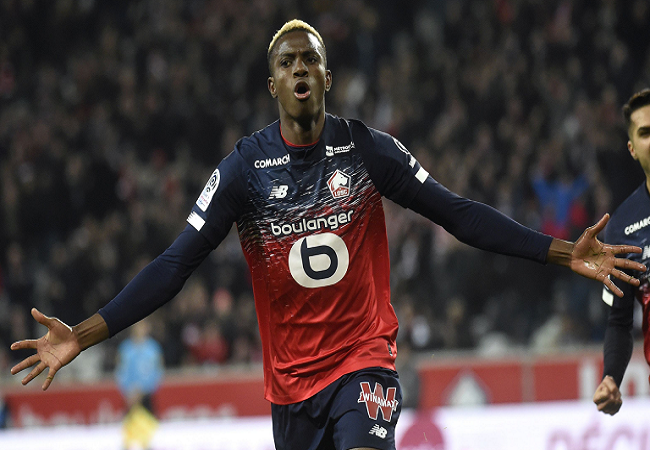 Victor Osimhen, very fast adapting player. In one season he has become Lille’s fatal weapon in the attack. The Nigerian international could definitely shape the history of the Nordic club and overwrite Nicolas Pépé’s records.

81 million euros, it is the amount of his transfer to Naples as the information goes this Tuesday. The Italian club will have to break its piggy bank to secure the services of the LOSC goal scorer. If Partenopei leaders pay out this amount, it will become the most expensive transfer of Lille and will knock down Pépé’s record of 80 million euros when he left for Arsenal last summer.

According to L’Equipe’s information, Osimhen has already chosen Naples. The two parties would have continued the discussions yesterday and reached an agreement. The 21-year-old striker is expected to earn a monthly salary of 500,000 euros compared to 80,000 euros in Lille.

Author of an exceptional season with Lille, Victor Osimhen will surely continue his progress in Series A. The formalization of his transfer should occur by Thursday according to the French daily.