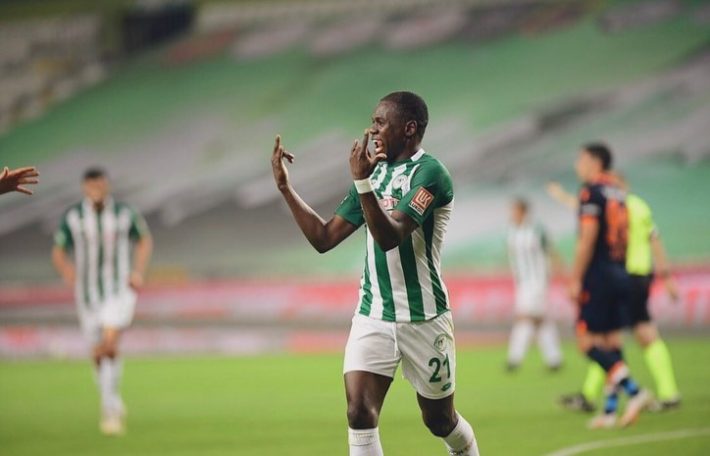 Farouk Miya shone on Monday in Super Lig. With a nice brace and a victory for his Konyaspor team. A success 4-3 in front of Basaksehir on the way to the title and who is slowed down.

Spectacular match. However, it was Basaksehir who opened the scoring by Edin Visca. Then Miya enters the game. The Ugandan takes a center from the left in volley to equalize. His teammate Sahiner doubles the bet a few moments later. Then Miya returns with a new very acrobatic goal for 3-1 at the break.

Upon resumption, Basaksehir returned to the match. The Senegalese Demba Ba reduced the mark before the equalization of Emljerio Elia. 3-3 at the 77th. Miya leaves him a few moments earlier, cheered by a few opponents. Then Konyaspor believes in his victory when Skubic scores the fourth goal.

A defeat of Basaksehir without great consequence. His dolphin Trabzonspor also bowed in front of Denzilispor 1-2. The two teams keep 4 points of difference.

For her part, Miya scored her 7th and 8th goals of the season. Enough to attract the spotlight. He’s already in the sights of Salzburg in Austria or Leipzig in Germany.