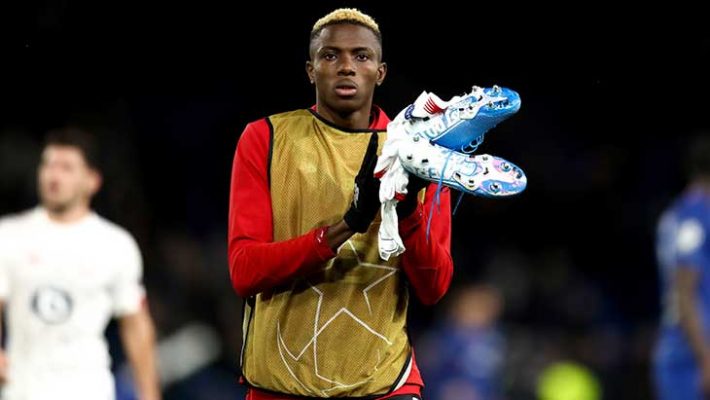 It’s almost done! Victor Osimhen will sign in the coming days in favor of Naples. If there is no doubt, its transfer amount is the big uncertainty. What price will the Italian club really pay for the services of the Nigerian international ?

The sum of this transaction is the big question that torments the minds. Since the amounts differ from one media to another. The price of 81 million euros has been circulating for a few days in French media. Which will allow Osimhen to beat Nicolas Pépé’s record. It is the opposite of the transalpine media.

According to information from Sky Italia journalist Gianluca Di Marzio, Naples is expected to pay 50 million euros plus 10 bonuses. The 21-year-old striker could be paid 5 million euros, according to La Gazetta.

Certainly upon the formalization of the transfer of Victor Osimhen, all the details will be revealed.