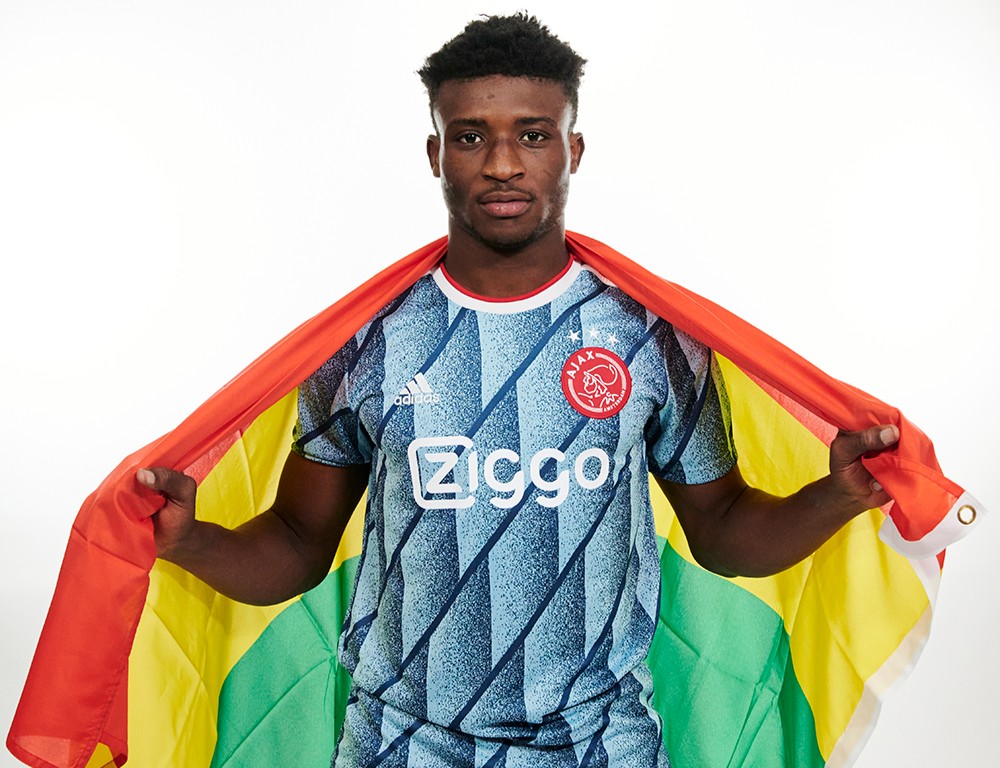 Mohammed Kudus addressed a message to Ajax Amsterdam fans following his arrival in the club for the 5 upcoming seasons on Thursday.

Kudus’ dream is realized ! A brilliant growth for Ghanaian attacking midfielder who left Nordsjaelland to the Dutch club.

After traditional signing ceremony with club officials and having received his jersey number (20), the 19-year-old speak onto the fans.

“Hello Ajax fans. I’m Mohammed Kudus and I’m 19 years old. I’m an attacking midfielder and I’m happy to be here. See you soon” the Black star said in a short video disclosed by the club.

It’s worth mentioning that former Nordsjaelland midfielder made his debut for Ghana in November 2019. As Black Stars then coach Kwesi Appiah launched him in the AFCON qualifiers game against South Africa (2-0). And he succeeded to score his first ever goal with seniors that day.

Moreover, Mohammed Kudus featured in Ghana’s 1-0 away win against Sao Tomé and Principe on November 18, 2019.