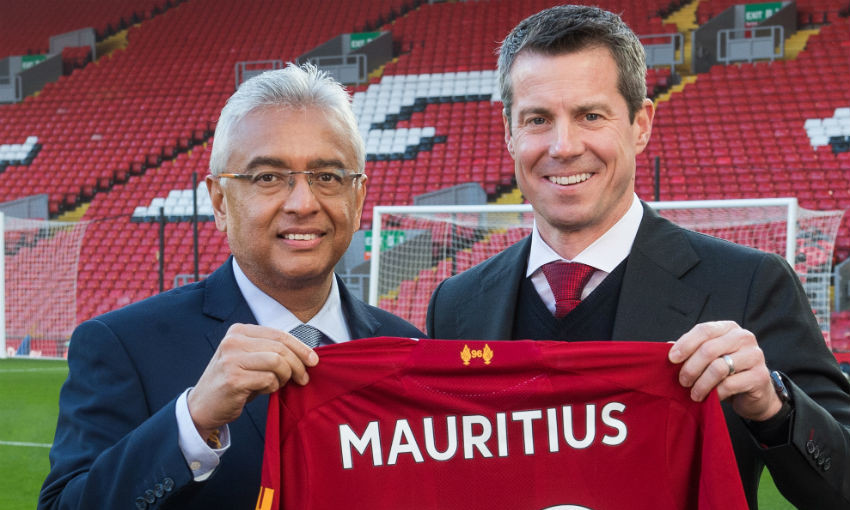 English Premier League side Liverpool announce on Monday a three-year global partnership agreement between the Anfield side and African Island Nation in Indian Ocean Mauritius.

“Liverpool FC has today announced a new global partnership with the Mauritius Tourism Promotion Authority and Economic Development Board Mauritius as the club’s official tourism and economic development partner.” it’s written on the official website of Merseyside club.

With an Exclusive Economic Zone which covers 2.3 millions square kilometres, Mauritius is classified as a high-income by World Bank. It also has one of the most developed economies in African region. Several assets which both Liverpool and Mauritius will benefit during this partnership.

“We have a large, passionate fan base in Mauritius, and we’re pleased to be able to bring our supporters closer to the club through this partnership,” Liverpool” Chief Comercial Officer and managing Director Billy Hogan said.

“We look forward to working with Mauritius Tourism and its Economic Development Board to support their ambition to further establish the country as a leading tourist destination and economic forum.” he added.

On the other hand, Mauritius Prime Minister Honorable Pravind Kumar Jugnauth says it is a priode for his nation to be LFC’s official partner.

“Mauritius is proud to be an official partner of Liverpool Football Club, a global football elite and Premier League champions.

“We both share common values of dedication, determination and unity. This collaboration aims at strengthening and propelling Mauritius as a thriving economic powerhouse and a world-class tourism destination.” he said.