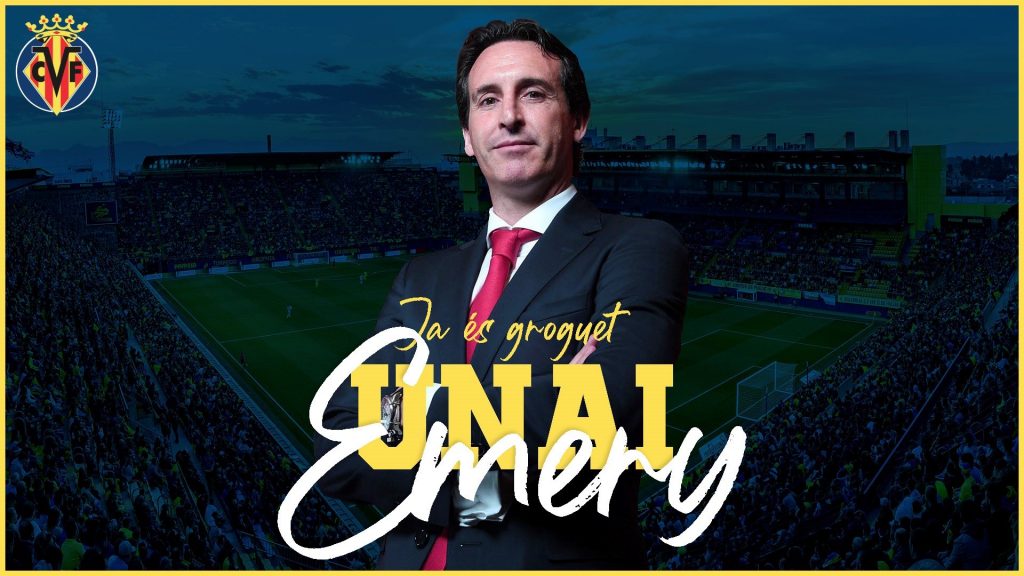 Former Arsenal manager Unai Emery has returned to management after he was announced as Villarreal new manager next season.

Emery was sacked by Arsenal in November 29 2019 following series of poor results and have remained without a club.

on Thursday Villarreal announced that they have reached an agreement with the Spaniard who will be the head coach for the next three seasons.

The Yellow Submarines in a statement on its official website said Emery will officially be unveiled on Monday.

Read Also:Chukwueze To Play Under Emery Next Season

“The manager will be presented on Monday at 12:30pm CEST in a press conference, which is exclusively open to media, which will take place in the Functions Room in the Preferencia Stand at the Estadio de la Cerámica (access by Gate 31).”

Emery started his sporting career at Lorca Deportiva, managing to get them promoted to Segunda División.

After his first managerial experience, he moved to UD Almería, who he also got promoted.

This time, it was to the top flight of Spanish football.

In the 2007/08 season, Emery arrived at Valencia CF, the club he managed for four seasons.

On the bench at Mestalla, the Basque coach finished third in LaLiga on a total of three occasions, each of which saw Los Che qualify for the UEFA Champions League the following season.

After a brief spell at Spartak Moscow, Emery returned to Spain in 2013 to take the reins at Sevilla.

While at the Andalusian club, he made history, winning three consecutive UEFA Europa League.

In recent seasons, the Basque manager has been in charge of two top-level projects on the European stage.

After his successful time at Sevilla, he moved to Paris Saint-Germain, with whom he added to his trophy cabinet, winning a Ligue 1, two Coupes de France, two Coupes de la Ligue and two French Super Cups.

In his last role as manager, Emery took charge at Arsenal FC, with whom he was UEFA Europa League runner-up in the 2018/19 campaign.