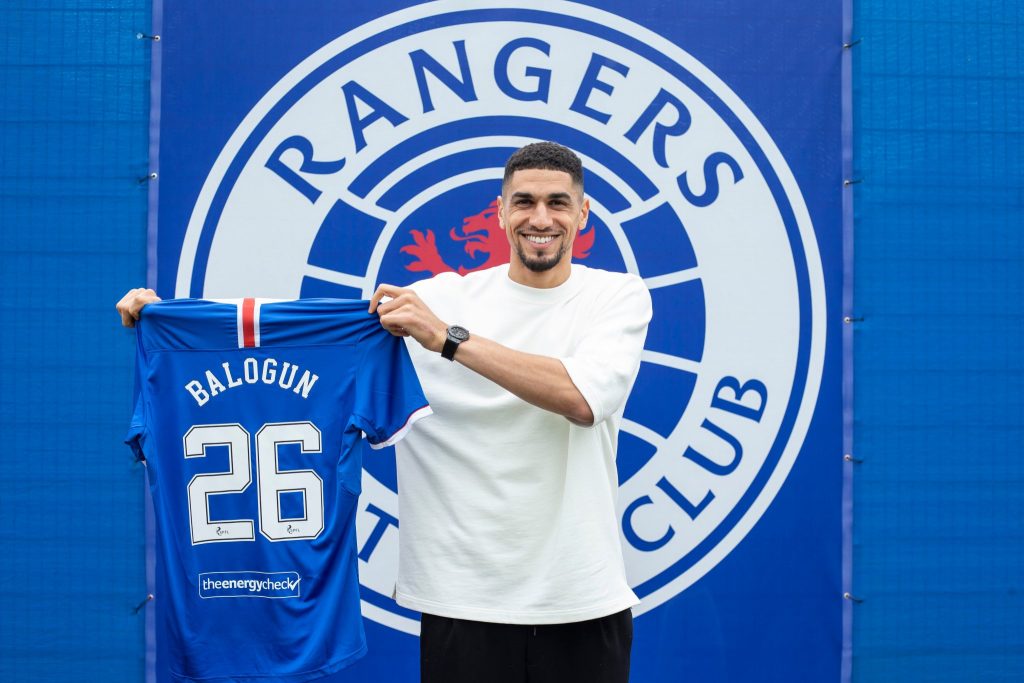 Leon Balogun has signed a one-year deal with Scottish giants Rangers barely 24 hours after announcing his decision to end his loan spell with Wigan.

Balogun whose two-year contract with Brighton in the Premier League expired was announced as Rangers new signing ahead of the 2020-2021 Season.

The defender was officially unveiled on Friday as Steven Gerrard continues to prepare his players ahead of next season.

Balogun who struggled to get play time in Brighton will now play in Europe competition next season with Rangers.

The club announced the deal in a statement on its official website.

“RANGERS are today delighted to announce the signing of Nigerian international defender Leon Balogun on a 1 year deal, with Rangers having an option for a further year.”

Balogun, 32 arrives in Glasgow with experience both in the Premier League and German Bundesliga, and completed last season with Wigan Athletic.

Rangers manager, Steven Gerrard while welcoming the player said he will add depth to his squad.

“I am pleased to secure the signature of Leon.

“He is an experienced centre half who will add strength and depth to our squad.

“His experience in the Premier League as well as his international pedigree strengthens our squad and will assist in the development of our young defenders.

“Leon has just finished a round of competitive fixtures with Wigan so will hit the ground running.

“We quickly targeted Leon after adapting our transfer plan when Niko Katic suffered an injury a few weeks ago.

“We agreed terms with Leon shortly before going to France enabling Leon to give Wigan his full focus, particularly in the situation they found themselves in.

“Leon impressed Steven and I with his enthusiasm and excitement to join Rangers from the moment we first spoke whilst the staff at Brighton and Wigan couldn’t have spoken any higher about his personality and abilities.”

Although born in Germany, Balogun qualifies for Nigeria through his father, and has 32 caps to his name to date, and played in all three of their matches at the 2018 World Cup.

He can name Werder Bremen and Mainz among the clubs he featured for in Germany, before he switched to Premier League Brighton in 2018.

There, he netted in their derby win over Crystal Palace in December of that year, and then last season, he spent the second half of the campaign turning in impressive performances on-loan at Wigan.

He played a major role as they battled under incredible pressure to try and secure their safety in the Championship following their issues around ownership.

Balogun will now play alongside his compatriots, Joe Aribo.