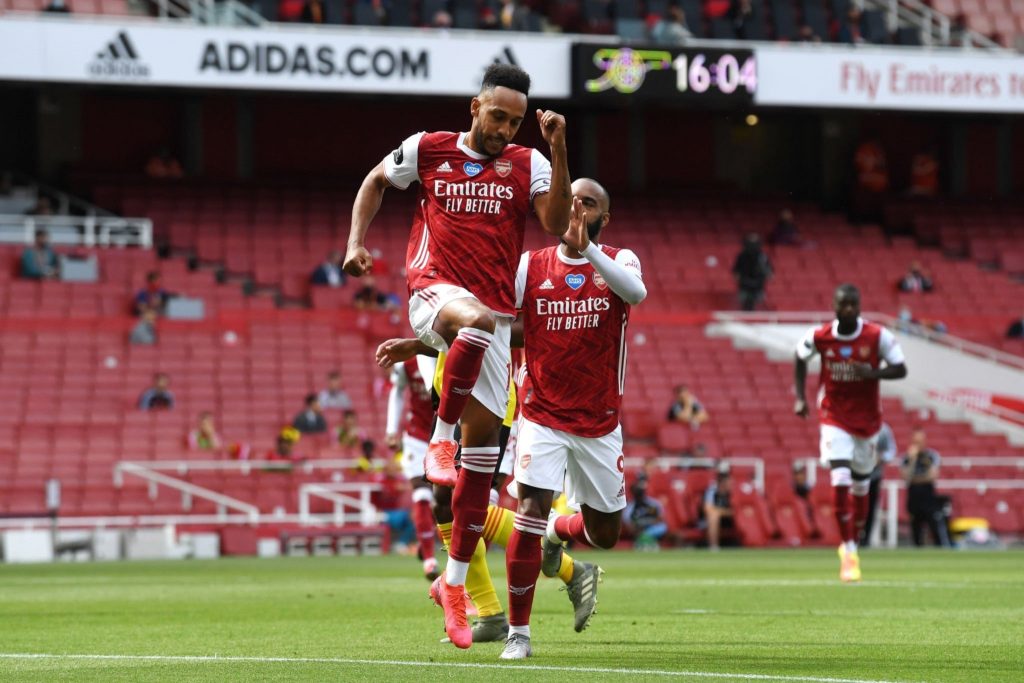 Gabon international Pierre-Emerick Aubameyang opens the leading score for Arsenal as he scores from penalty spot just 5 minutes after the kick-off.

He scores net a brace as he scores the third goal of Mikel Arteta side and assists Tierney in the second goal. His 22nd goal of the season. Just one goal clear of the Premier League top scorer Jamie Vardy who leads the log with 23 strikes.

All the scorelines at half-time