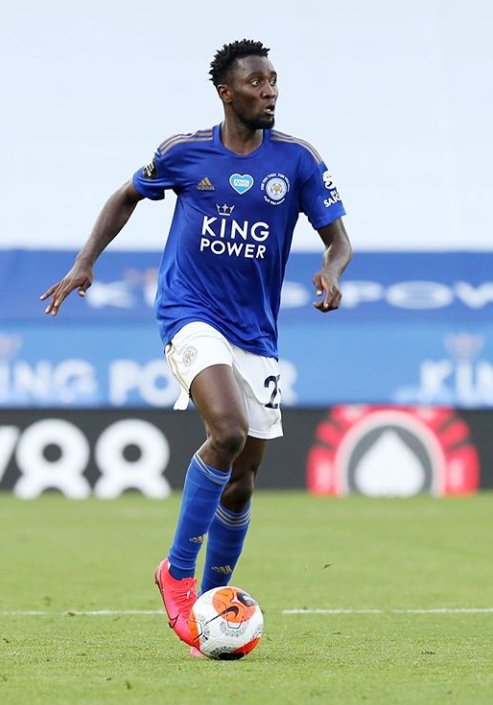 Wilfred Ndidi wrapped up the 2019-2020 Premier League season as the top tackler as Leicester City failed to pick a Champions League ticket for next season.

Ndidi who played full time in Leicester City’s 2-0 loss at home to Manchester United was instrumental for the Foxes who returned Europe competition in the Europa League.

However, he also shared the accolade with Manchester United defender, Aaron Wan-Bissaka.

Ndidi and Wan-Bissaka won 129 tackles apiece for their clubs while his teammate, Ricardo Pereira came third.

Since his move to Leicester City, Ndidi has remain one of the best tackler in the Premier League.

This season is his third consecutive rating as the best player to win more tackles.

The Nigerian international is now the first player to top the Premier League tackle charts for three consecutive seasons.

He made 33 appearances for the Foxes and scored two goals.