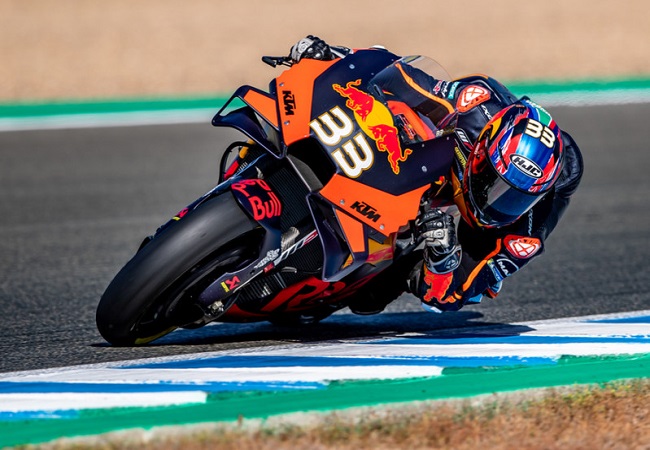 Unlike the first Grand Prix of the season, the second did not turn out well for Brad Binder. The South Aficain ran only 13 laps before crashing.

Starting in 9th position, the race of Binder did not last. From the first corner, he was the the cause of a collision with Oliveira and Petrucci. Then later, the rear of his bike skidded and sent him into the scenery. The machine almost fell on him. But more fear than pain. End of the challenge.

As for the front runners, Fabio Quartararo, in the absence of Marc Marquez, won again at Jerez. He was ahead of Maverick Vinales and Italian legend Valentino Rossi.

This is the first time in history that a French rider won two Grand Prix in a row in the queen category.

Meeting within two weeks in Brno.