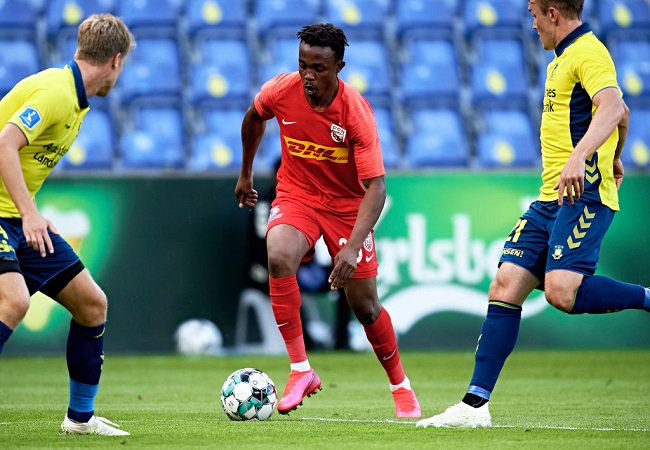 The Rangers have expressed their interest in signing the Ghanaian rising center forward this summer. Discussions are to begin according to KickGH. And Steven Gerrard’s club, Glasgow Rangers expects to secure the player’s duties this summer.

Nordsjaelland, Isaac Atanga’s club would be claiming between 5 and 9 million euros (4.5 to 8 million pounds) for its promising player. An amount that the Rangers might be able to pay if they sell Alfredo Morelos.

Atanga at 20, is small but fast Ghanaian winger, and he impressed last season at Nordsjaelland. The Rangers must find a reliable right winger. And Atanga’s lightning speed could give a new dimension to Steven Gerrard’s attack. The Ghanaian has enormous potential. And he has the profile in which the Rangers should look to invest if Morelos leaves this summer.

But Glasgow Rangers are not the only ones on the list. Because Isaac Atanga would enjoy the interest of Anderlecht. He played 37 games last season in Denmark, scoring seven goals with five assists. His contract ends in June 2023. The Glasgow Rangers seem to the closest to closing the deal. But Brugge, Alaves and Feyenoord are also working on this case.