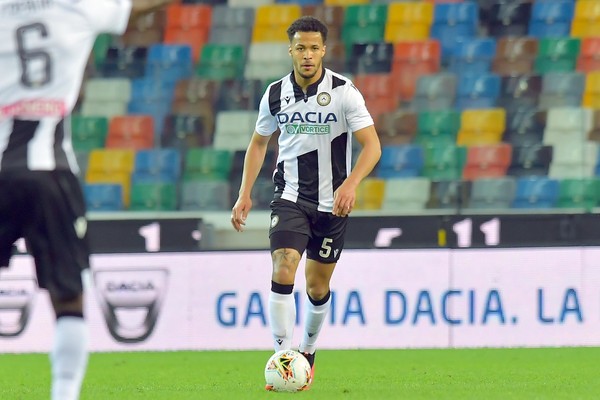 William Troost-Ekong is back for a showdown against Lecce ahead of Wednesday Serie A game at the Dacia Arena – Stadio Friuli after serving suspension.

Troost-Ekong was unavailable last week when Udinese defeated Cagliari 1-0 to keep their survival hope in the Serie A alive.

The defender was instrumental in Udinese’s 2-1 victory against Juventus and was shown a yellow card for his tackle against Aaron Ramsey.

Having accumulated five yellow cards, he was made to serve suspension

However, he trained with the rest of the team on Tuesday ahead of their last home game against Lecce.

The Super Eagles defender name was included in the 22-man squad ahead of the game by Luca Goti.

He has made 27 appearances out of 28 league games this season for the little Zebra.

With the win over Cagliari last wee Thursday, Udinese are safe from the bottom teams.

They have 42 points from 36 games and 13th on the league table six points from the relegation zone.