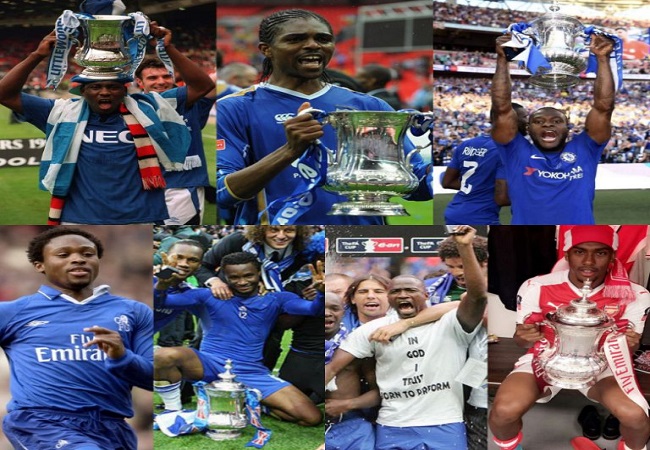 Arsenal and Chelsea are the London two rivals in the clash in Wembley Stadium for the the 139th edition. in No Nigerian players are within the two teams playing this evening. Nevertheless famous Nigerian players won the title in the past history of this prestigious competition with their respective clubs.

Daniel Amokachi, Midfielder at Everton. Amokachi the first Nigerian ever to play in the English FA Cup final at Wembley against Manchester United in 1995.

John Utaka, Striker at Portsmouth. He won the title in 2008 against Cardiff alongside fellow countryman, Kanu

Alex lwobi, Midfielder at Arsenal. Iwobi won the title in 2017 against Chelsea.

Victor Moses, Winger at Chelsea. Moses won his own in 2018 against Manchester