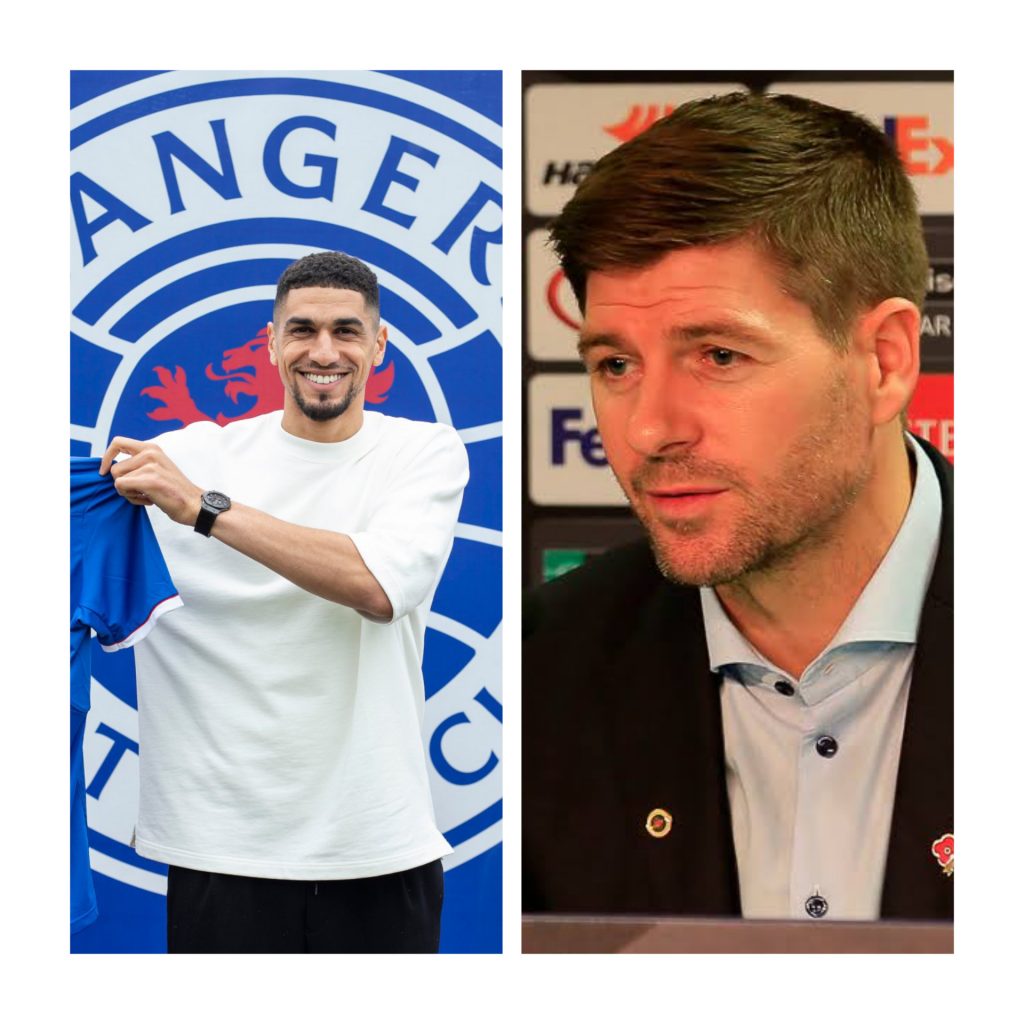 Rangers FC manager Steven Gerard he is impressed by what Leon Balogun brings to the club and believes he will suit how the club plays.

Balogun who joined Rangers from Wigan last weeks, trained with his new teammates this week ahead of the Scottish Premier League new season on Saturday.

The Nigerian international signed a one-year deal with the Gers and Gerard whole speaking in an interviews with www.rangers.co.uk ssid he is pleased to welcome Balogun to the team.

Read Also:Balogun Trains With Rangers Ahead Of Scottish League Kickoff

Gerard said he was impressed with the defender first training session with the club but said he still needs to adapt.

“He was very comfortable in [his first session].

“It will take him a few days to settle-in and get used to the players.

“We also want to use this time, even away from the training ground, to show him what we do tactically in and out of possession as well.

“So the next few days are going to be vital in-terms of his settling-in period.

“But his profile suits how we want to play as he is quick, he is tall, he is lean and he is in fantastic shape.

“From a technical point of view, we know he has played at a level.

“We have seen him at a level, we have judged him at that level and it gives us confidence he is going to be a real, good signing for us.”