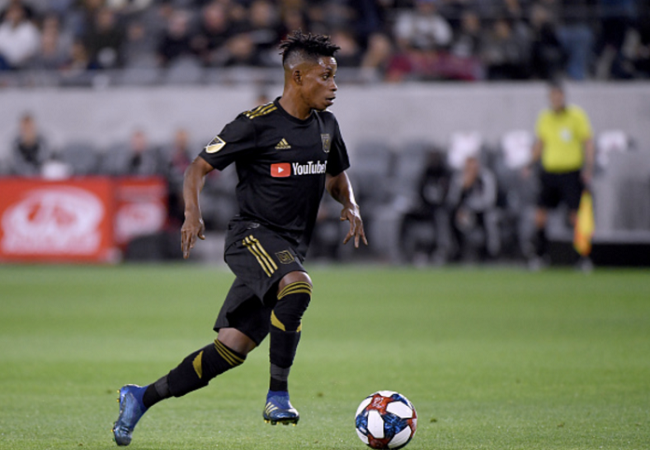 Latif Blessing has great ambitions. The Ghanaian left winger has a dream. The rising player aims at playing in Europe. He is more precisely willing to be part of the Gunners or the Reds.

Trained at Liberty Professionals in Ghana, Atta Blessing moved to the United States in 2017. He has since been played there and is now part of Los Angeles FC squad. Having proven himself in Major League Soccer (MLS), he now wants to discover football on the old continent.

“American football has a good level but it’s as if no one is following us because of game times. I pray to be able to join Europe… As a player, you have to be ready for any club that wants you. But my dream team is to play for Arsenal or Liverpool.”  He released on Bryt FM.

At the resumption of activities in the USA, Latif Blessing shows himself in great shape. He scored one goal with two assists in 4 games in the MLS Is Back tournament. The 23-year-old winger is under contract with Los Angeles FC until 2022.