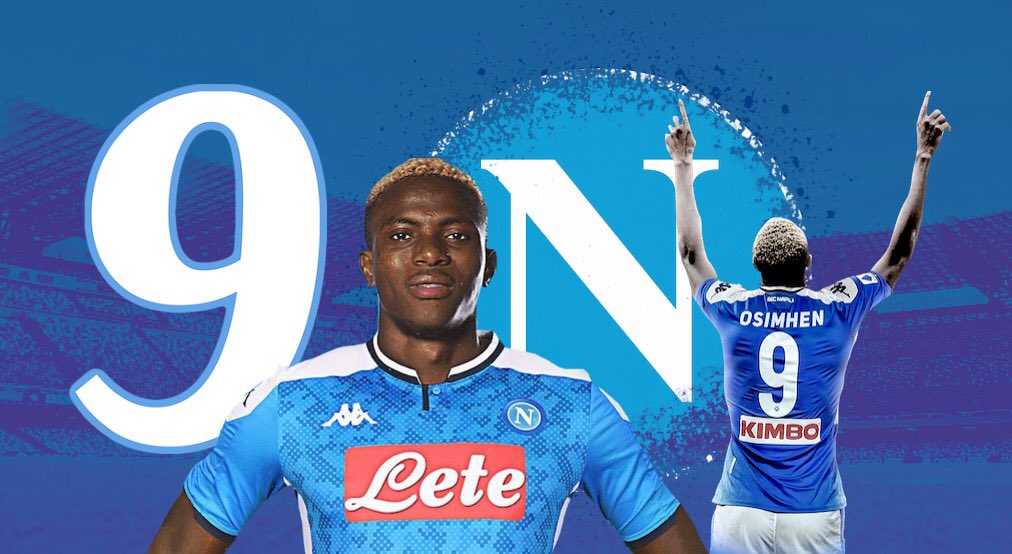 Victor Osimhen has penned down an emotional message to his former club Lille after he was officially announced as Napoli player.

Osimhen joined Napoli after spending just one season with the French club.

After he was officially announced in a deal that dragged for about one month, the Nigerian international took out time to express his indebtedness to Lille.

He also wished that his late parents will be happy to see him join Napoli according to series of tweet on his official Twitter accounts.

“The next chapter @officialsscnapoli  is a very exciting one and I can’t wait to get on the pitch with the team.

“I want to thank the fans through the last few weeks,and I will definitely give my all on pitch for the common good of the club🙏🏽#ForzaNapoliSempre 🔵⚪️

“Can’t wait to put on this iconic jersey,thank you for the warm welcome @sscnapoli 🔵⚪️ #forzanapolisempre.”

Lille reciprocated to Osimhen’s message with a heartwarming farewell message to their former striker.

the very best of #LOSC luck in his new adventure with @en_sscnapoli.

Napoli signed Osimhen from Lille in a €80million deal after the Italian side fended off competition from Liverpool, Arsenal and Chelsea to land the Nigerian international.

The 21-year-old had a breakthrough season scoring 13 goals in 27 appearances as Lille finished fourth in the 2019-20 season.