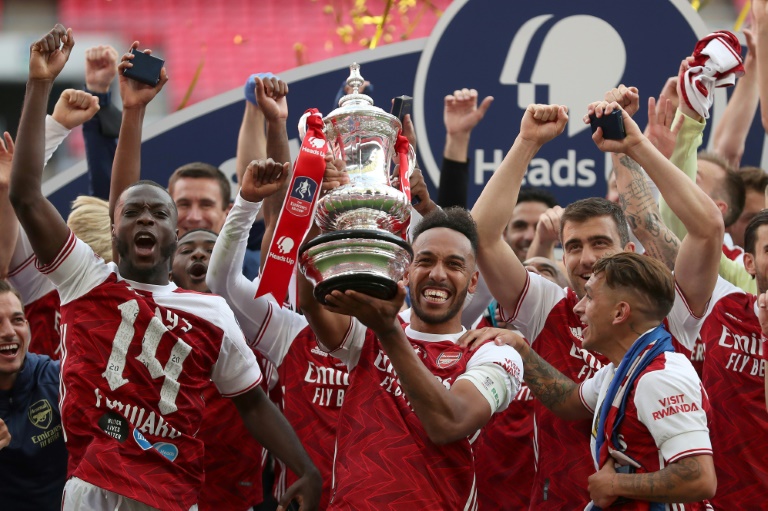 Who else if not Pierre-Emerick Aubameyang ? Arsenal’s talisman was on fire again in FA Cup. As he netted a brace to clinch Gunners, their 14th FA Cup trophy over Chelsea Sunday night.

Despite a quick Chelsea goal scored by Christian Pulisic at the 5th minute, Aubameyang rushed into Caballero’s box before being hooked by Azpilicueta to benefit a penalty.

The 31-year-old scored a second goal for Arsenal at the 63rd minute with a stung over Willy Caballero.

However, Frank Lampard side got red card as Mateo Kovacic was sent out after a foul committed on Granit Xhaka. Arsenal won it to 2-1.

Moreover, this FA Cup trophy gave Arsenal a ticket for 2020/21 Europa League. Now debates over the future of Pierre-Emerick Aubameyang at Emirates Stadium will resurface.