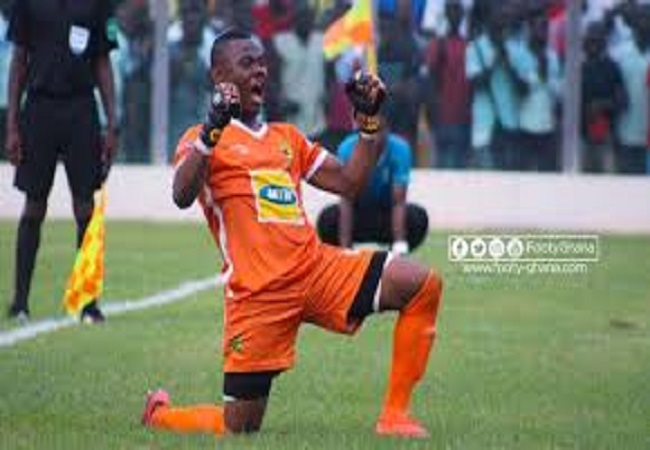 Danlad Ibrahim has ended his loan deal at Berekum Chelsea. He has announced his return to his parent club, Asante Kotoko, to contribute to its progress.

According to the young goalkeeper, it is not to compete with anyone to obtain the first position. But rather to help propel the club to greater achievements.

“I’m back to win trophies with Kotoko not to compete with anyone Goalkeeper. It’s saddening to leave Berekum Chelsea but it was just loan deal.” He told Ashh FM. “I’m not rushing to be the number one for Asante Kotoko because I have more years in my career. But anytime Kotoko give me an opportunity I will try best to help Kotoko.”

The 17-year-old goalkeeper went on a season-long loan with Berekum Chelsea where he was their no 1 shot-stopper in the voided 2019/20 Ghana Premier League campaign. He achieved an impressive eight clean sheets in 14 league appearances last season.