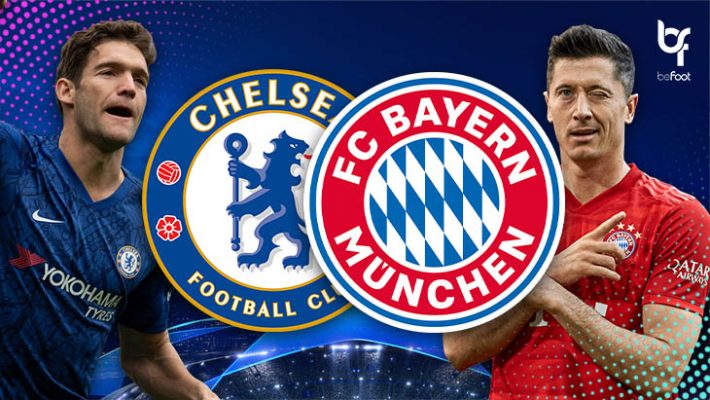 Africa Top Sports Football journalist making predictions for the Champions League 2019-2020 round of 16 second leg match between Bayern and Chelsea. The match that will kick-off this Saturday at 19h GMT.

In my opinion, Bayern is the main favourite to win the Champions League. Before and after the Coronavirus outbreak, the Munich club stands as potential winner. For me, Bayern is now one of the three strongest clubs in the world, with Liverpool and Manchester City. Again, in my humble opinion. These three do not include Real, Barcelona or PSG.

Bayern made a strong impression. In the first leg match, Bayern beat Chelsea (3-0) and left the Blues with no chance. The difference in level of these teams is obvious. Bayern has played the rest of the season in Bundesliga at its best and impressed by its striking strength.

Chelsea should therefore turn to the next season. In this, Lampard has built a team. After the departure of Hazard, he had to rebuild everything again. He managed to do that. The team had an excellent season, surprised many by its performance. It showed that young team with young coach and young players who have never played together before can succeed.

The end of the season was not the best for Chelsea. The team lost to Arsenal in the FA Cup final. They deserved it. This defeat was a psychological blow. It is clear that neither the players nor the coach have any particular hope for the match against Bayern. The Blues wanted to finish this season on a positive note. But they lost the final against all odds.

I doubt the team will be able to come to their senses and play this match with Bayern to the maximum. I think that once again Bayern will show its class, its power and a higher level.
There are many options that one can choose from. You can bet on the Bayern with a handicap (-1.5) for 1.95 and that the Munich team will win with a total of more than 2.5 goals for 1.66 in 1xBet.