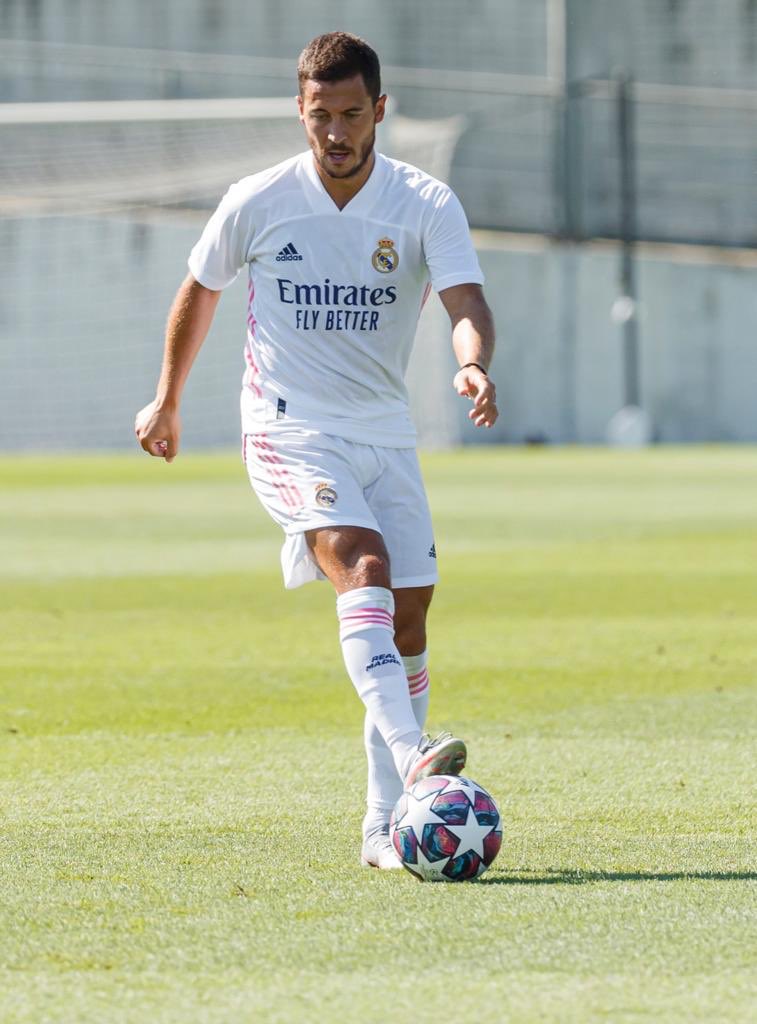 Real Madrid Zinedine is ready to unleash Eden Hazard on Manchester City ahead of the Champions League clash on Friday at the Etihad Stadium.

The former Chelsea star made just 21 appearances for Madrid scoring just one goal.

Hazard is not new playing against Manchester City having faced them while at Chelsea.

Zidane while speaking ahead of the Thursday game revealed that the Belgian International is now fit to play.

The newly crowned La Liga champions will be hoping to overturn a 2-0 deficit there incurred in the first leg.

“Yeah. It’s true he was feeling pain towards the end of the season but now he is much better than he was.

“We have had time, he is fit and full of confidence.

“When he had his injury, playing every two, three days was tough for him in terms of recovery. But now he is fine.

“He doesn’t have to play with pain. Maybe after the second injury there was a time when that was the case – but hopefully now he can continue without feeling pain or discomfort.

“I have to think about what we do on Friday – these are things we keep between the player and manager.

“We are all in good shape, we’ve had ten days to prepare and at the end of the day when one person says something about Eden and another something else…the main thing is he is fine.”

Commenting on how his players will approach the game, Zidane said they are prepared to play against one of the best offensive club in Europe.

“We are in good shape,” he said. “We prepare ourselves to play this type of game.

“We’ve known for a long time what we have to do. We knew from the first leg we are behind.

“Friday is another final for us. It’s a knock-out game. We will try and put in great performance.

“What I can say is it will be a great football match between two sides who are very good.

“We are ready and prepared. We will face up to that challenge.

“It’s a final – there are four finals if we want to win it – and we will face up to this first one knowing what we have to do.”