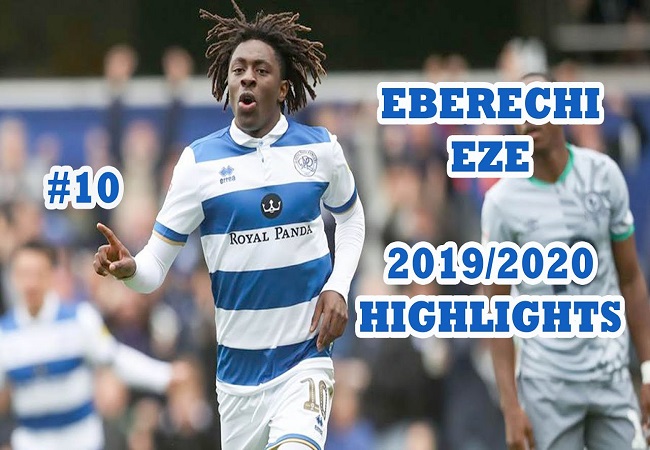 Crystal Palace could miss signing Eberechi Eze, one of the most sought-after players of Nigerian descent in the summer transfer window. According the Sun UK, Queens Park Rangers considered the Eagles’ first bid for the playmaker insufficient.

The Hoops have rejected Crystal Palace’s proposal of 12 million pounds including 4 million pounds as bonuses to sign the player. Queens Park Rangers are pushing to sell their Player of the Year for 20 million pounds. But Palace think the player is worth only half of the fee demanded.

For their sides, West Ham have set their sights in bringing Eze to the London Stadium. And they are preparing to bid 15 million pounds to use the striker
Jordan Hugill as a makeweight in the deal.

The England U21 international was one of the most outstanding players in the Championship in the recently concluded season. He scored 14 goals and delivered 8 assists in 46 starts. Trained at Arsenal the Super Eagle has a contract with Queens Park Rangers until the end of next season.