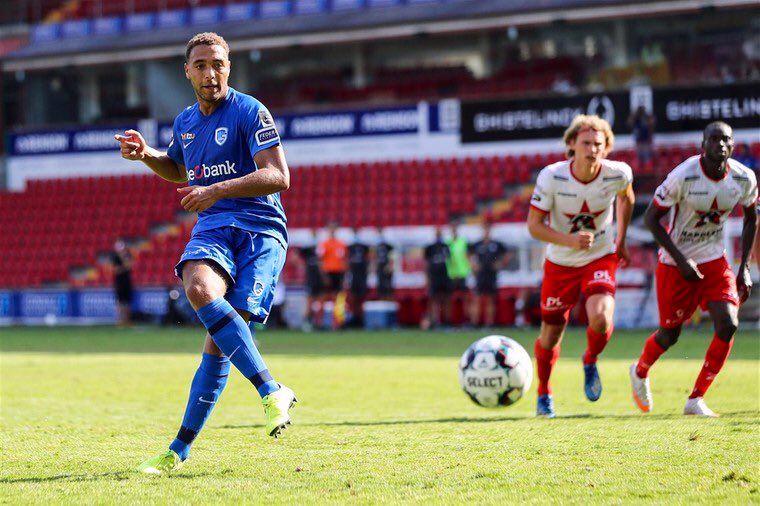 It was a perfect debut for Super Eagles forward Cyriel Dessers who made his Belgian Pro League debut with a goal for Genk on Sunday.

Dessers joined Genk from Dutch Eredivisie side Heracles Almelo and made his league debut as on Sunday as the 2020-2021 Belgian Pro League got underway.

The forward who finished as joint top scorer in the 2019-2020 Dutch Eredivisie season scored from the spot as Genk fought back to win 2-1 away against Zulte-Waregem.

Read Also:My Dream Was To Play For KRC Genk My Team- Cyriel Dessers

A pulsating game saw Genk trailed 1-0 as Olivier Deschacht put the home team in front four minutes before the half time break.

After the break KRC Genk began to search for an equaliser.

Another Nigerian international, Paul Onuachu came in for Mats Daelhi in the 56th minute.

In the 73rd minute, Onuachu scored the equaliser with Dessers providing the assist.

Dessers had thought he have completed the comeback, but his goal was ruled as offside.

In the 80th minute, he finally scored his debut goal from the spot to give KRC Genk a perfect start to the season.