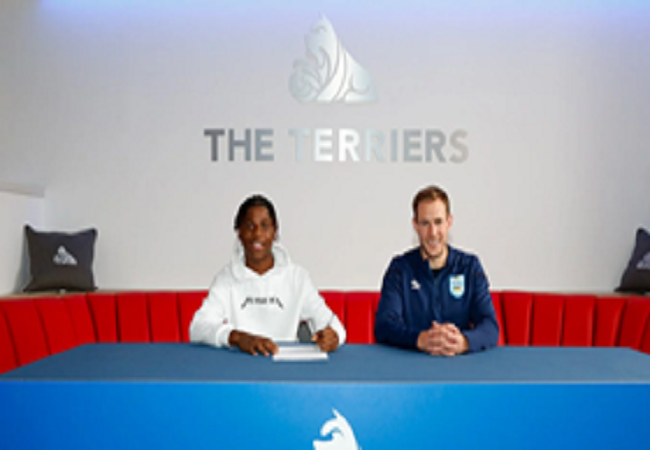 Allnigeriasoccer.com reported that more than three months ago, Huddersfield Town had won the race of signing the rising left-back, Charles Nduwuisi-Ondoh. And the Terriers have confirmed as much by introducing him as one of their new first-year scholars. Huddersfield Town have thus officially announced their new intake of Academy scholars for the 2020-2021 season.

Nduwuisi-Ondoh will represent Huddersfield Town’s U17 team in the upcoming season. And he could be called upon to play for the U19s once the need arise.

Born in Madrid 22 October 2003, the rising fullback is eligible to represent the Spanish youth teams at international level.

He made experiences at Stoke City and Norwich City. He was in the sights of Sheffield United and West Brom at that time. But he finally chose to sign at Huddersfield Town. Ondoh has joined Huddersfield Town from the academy team of Millwall.