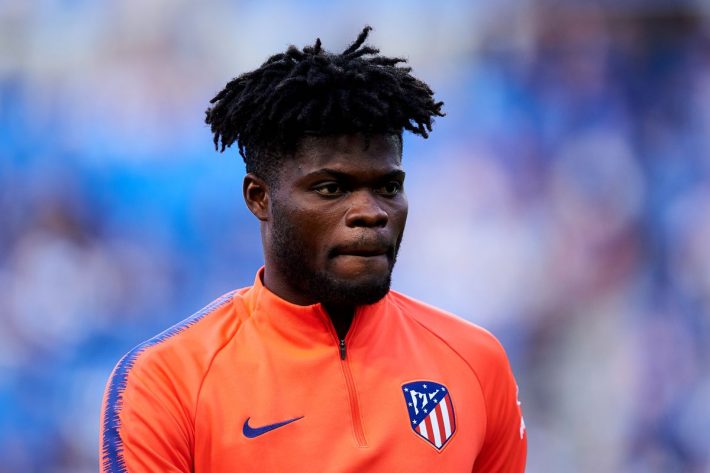 Thomas Partey confessed it is dream for him when realizing the level he reaches now as Atletico Madrid in-demand midfielder has come from far.

Today, one of the best midfielders in Europe, Partey has had a difficult journey. Arrived at Atlético Madrid in 2011, the Ghanaian international was loaned to Mallorca (2013-2014) and Almeria (2014-2015).

Back from this loan period, the defensive midfielder won over the Colchoneros. He is one of Diego Simeone’s key players and most courted footballers in the transfer market.

READ : Thomas Partey is number one of all African players in La Liga

In an interview with the official website of his club, he said he is amazed when he sees himself at the highest level.

“ It’s a dream come true for me. Sometimes I can’t believe I’m here because I’m looking at my friends and I can’t even imagine myself here,”  he said.

“I sometimes want to ask them, what have I done to be here? Why aren’t they here? But then I tell myself that it’s because I was patient, I was in no rush to do it. I feel that I have to congratulate myself all the time because it is not easy to reach this level,  ” he added.

Meantime, Arsenal have reportedly proposed another offer to Atletico Madrid. As the Emirates Stadium outfit intends to include three players in the deal. Including midfielder Lucas Torreira, Spanish right-back Hector Bellerin and French forward Alexandre Lacazette.

However, Colchoneros officials are yet to agree terms as they want a club which can pay Partey’s buyout clause.

Indeed, the release clause of the Ghana international is £45 million.