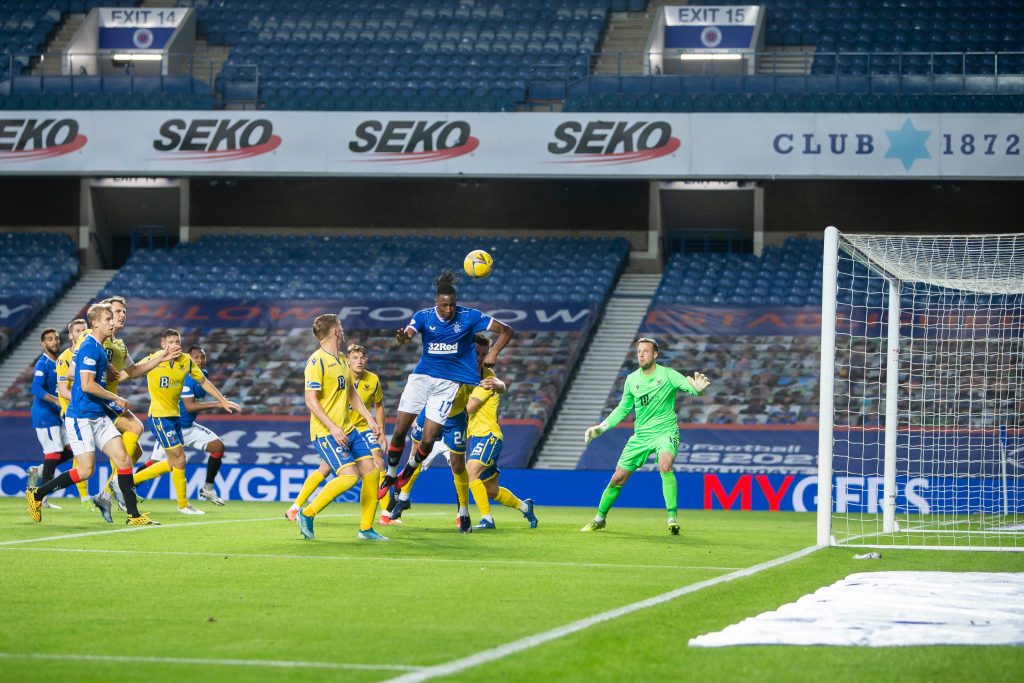 Super Eagles midfielder Joe Aribo was on target for Rangers as he opened his goal account for the 2020-2021 Scottish League season.

Aribo was among the goal scorers as Rangers recorder a consecutive three win in the new season following a 3-0 victory over St Johnstone at the Ibrox Staium on Wednesday.

The midfielder has been instrumental for Steven Gerrard side as they kept another clean sheet in their second home game of the season.

Aribo was entrusted a starting XI jersey and although he didn’t play for 90 minutes but found the net.

Rangers started the game poorly but two goals in the first half and one in the second half gave the Gers a maximum nine points from three games.

Borna Barisic got the hosts in front from a set piece in the 21 minutes after Alfredo Morelos was founded 25-yards from the goal.

Ryan Kent double the lead right on half time as he pounced on a cross from Barisic.

Joe Aribo made it three soon after the break as the Light Blues continued their excellent start to the season with another victory.

His run was quickly spotted by James Tavernier who curled the ball to him head inside.

He was replaced by Scott Arfield in the 61 minutes as Gerrard made a tactical change to his team.

His compatriot, Leon Balogun couldn’t complete full action as he came off for Helander in the 46th minute.

Balogun has been instrumental in the center back for Rangers since be joined the team this season.

His inclusion was described by Gerrard as the secret to the team playing on the counter as he is quick and experience.

Rangers will now focus on making it four wins when they tackle Livingstone on Sunday on Matchday four of the Scottosh Premier League.