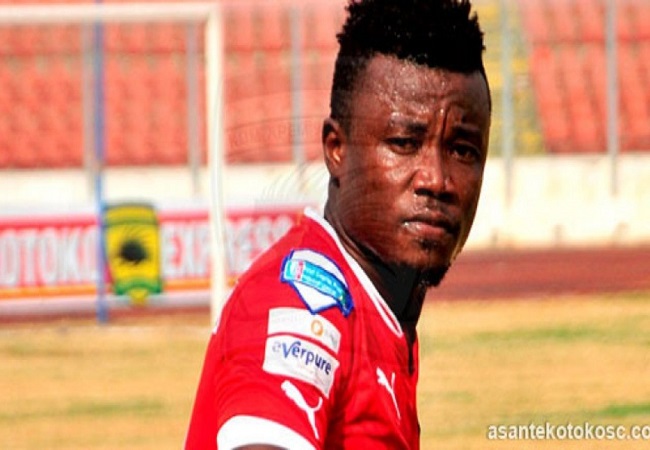 Jackson Owusu left Kenya for his home town in Ghana a week ago. Gor Mahia midfielder is currently in quarantine in his home country. A place from where he declared he his happy to have gone back home after turbulent times in Kenya.

The burly defensive midfielder told Nairobi News that he had no option but to put pressure on the club. Pressure to facilitate his travel because of the tough times he had gone through.

“I’m not in Kenya. I travelled to Ghana a week ago. And am still in quarantine in Accra before I’m allowed to travel to Kumasi to see my parents.” Owusu told Nairobi News.

“I thank Gor Mahia because they paid my air tickets and catered for the cost of quarantine here in Ghana. That was very important to me because I just wanted to come back home after the international flights resumed.” He added.

The versatile midfielder however is not sure whether he will return to play for Gor Mahia since he only had a one-year contract.

“I signed for a year, one long season and it is almost over. I actually don’t know whether they will renew my contract or not. I was only told things will be fine, nothing much. Currently I don’t know my fate at the club.” He continued.

The Ghanaian import, who joined Gor Mahia in January, fought his way into Steven Polack’s starting team. And even featured in the last Mashemeji derby against arch-rivals AFC Leopards in February.

Polack and Owusu worked together during the 2018 season at Ghanaian giants Asante Kotoko. Polack is revered by Kotoko fans for leading the team to the group stages of the CAF Confederation Cup.