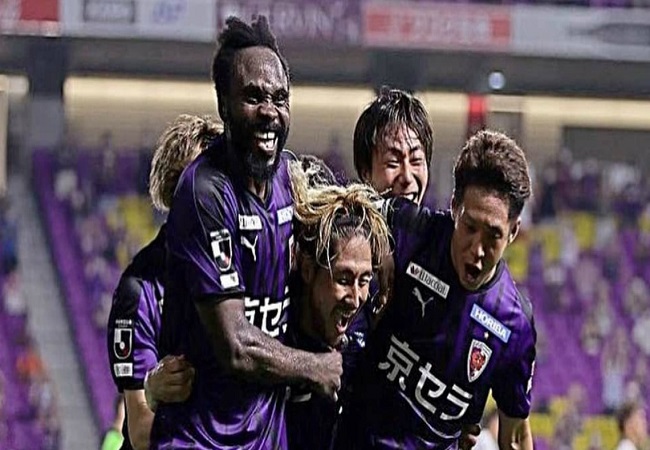 Allnigeriasoccer.com‘s round-up of the Nigeria-eligible players on target for their foreign clubs in league matches across Europe and Asia on Wednesday, August 12.

Former Super Eagles striker Peter Utaka has reached double figures for goals eleven matches into the season after netting his tenth goal as Kyoto Sanga and Mito Hollyhock shared the spoils with a 2-2 draw at Sanga Stadium Kyocera.

The Kyoto Sanga number 9 restored his team’s one goal advantage in the 55th minute after Boniface Nduka equalised for the visitors three minutes before half-time. Born to a Japanese mother and Nigerian father, Nduka has registered three goals from his defensive position in the 2020 season.

In the Scottish Premiership, Super Eagles midfielder Joe Aribo opened his account for the season as Rangers thrashed St Johnstone 3-0 at Ibrox. Aribo wrapped up the scoring when he sent a header into the back of the net following an excellent delivery from James Tavernier four minutes into the second half .

On game week 15 in the Swedish Allsvenskan, Moses Ogbu’s 30th minute strike counted for nothing with his team Mjallby losing 2-1 at Djurgarden. The former Grimsby Town man has found the net in each of his last five games and only three players in the division have scored more.

Let’s go to Latvia. In the Virsliga, 2000-born center forward Chinonso Offor closed the scoring in the 72nd minute as Rigas FS thrashed FK Jelgava 4-0 at Zemgales Olimpiskā centra. Offor has scored 8 goals in 14 league games this term and has registered five assists.

Finally, red-hot Tolu Arokadare scored in the 11th and 42nd minute of Valmiera / BSS’s 3-2 road win against  Spartaks Jūrmala, taking his tally to 14 goals from 14 appearances in the Latvian top-flight.