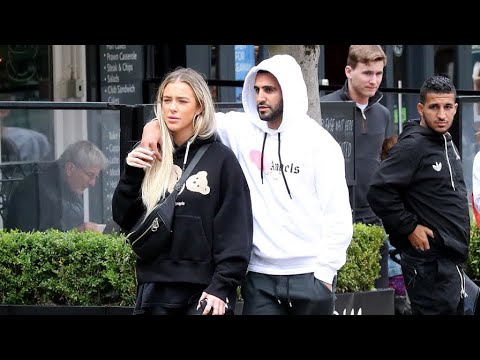 Riyad Mahrez is dating Taylor Ward, Sergio Aguero’s ex-girlfriend, since he parted ways with Rita Johal. But a fact on social media forced his new partner to temporarily withdraw from Instagram.

According to the Algerian media Le Buteur, this decision was taken for Taylor Ward following the publication, by the media, of private photos of the couple on vacation. A fact that pushed ” Madame Mahrez ” to be temporarily inaccessible on the social network.

Taylor Ward, it must be remembered, is just as famous as Mahrez because she works as a model.

In addition, Riyad Mahrez is expected on Saturday as Manchester City will take on Lyon at Estadio Jose Alvalade for UCL’s quarter-final.