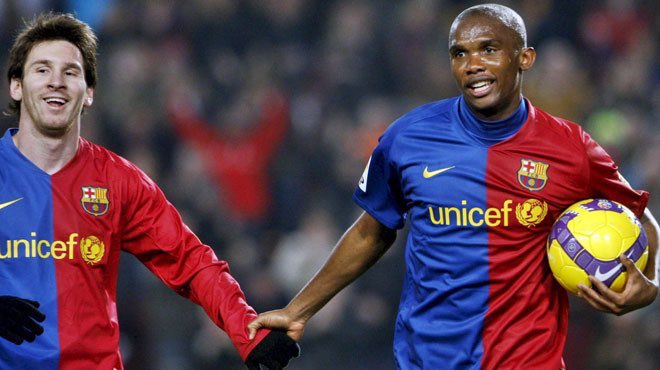 Former Barcelona forward Samuel Eto’o has urged the club to they don’t make the mistake of letting Lionel Messi depart from the Blaugrana.

There are rumours that the Barca captain could be heading away from the club.

Barca wrapped up the 2019-2020 season without a trophy having loss the La Liga title to arch-rival Real Madrid.

They suffered a humiliating 8-2 defeat to Bayern Munich in the quarter-finals of the UEFA Champions League.

Messi could be leaving the club after a poor season that saw the club axing Ernesto Valverde in January and appointed Quique Setiens who has also been sacked after just seven months.

According to Marca, Eto’o while speaking with TyC Sports said he will want the Argentine player to see off his career at Barcelona.

The Camerounain said Barca is Messi and Messi is Barca and any mistake to allow him leave, then they should rename the club.

“There’s a need to do everything possible to ensure Messi finishes his career at Barcelona.

“I hope that those who take the decisions do so for the good of Barcelona.

“I always want the best for Messi, but the club is Messi.

“If he decides to leave then we need to try to find another name for the club.

“We’re lucky that we currently have the best player of all time.”