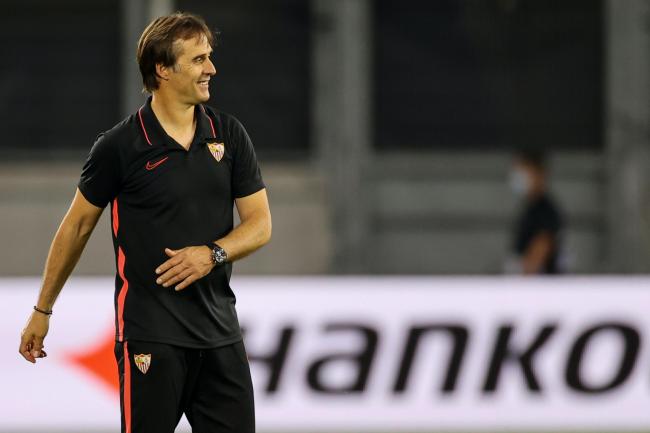 Lopetegui guided Sevilla to defeat Manchester United and reached the final of the 2019-2020 Europa League final.

The Spaniard had gone through topsy-turvy in his career as manager since 2018.

Oliseh in a tweet on his verified account said he was extremely pleased for what the former La Furia Roja manager has achieved with Sevilla within a short period.

“Imagine the joy & relief his loved ones feel tonight.

“Wish him well in the final.

On 12 June 2018, with the team already in Russia for the tournament, it was announced that Lopetegui would take over as the manager of Real Madrid on a three-year contract after the conclusion of Spain’s involvement at the World Cup.

The following day, he was dismissed from his job with the national team and replaced by Fernando Hierro.

Lopetegui’s first competitive game in charge took place on 15 August 2018, in a 2–4 loss to rivals Atlético Madrid for the UEFA Super Cup after extra time.

Following a string of bad results and, ultimately, a 5–1 away defeat to Barcelona in El Clásico on 28 October, he was fired a day later, being replaced by Santiago Solari.

On 5 June 2019, Lopetegui was appointed as the new Sevilla manager on a three-year contract.