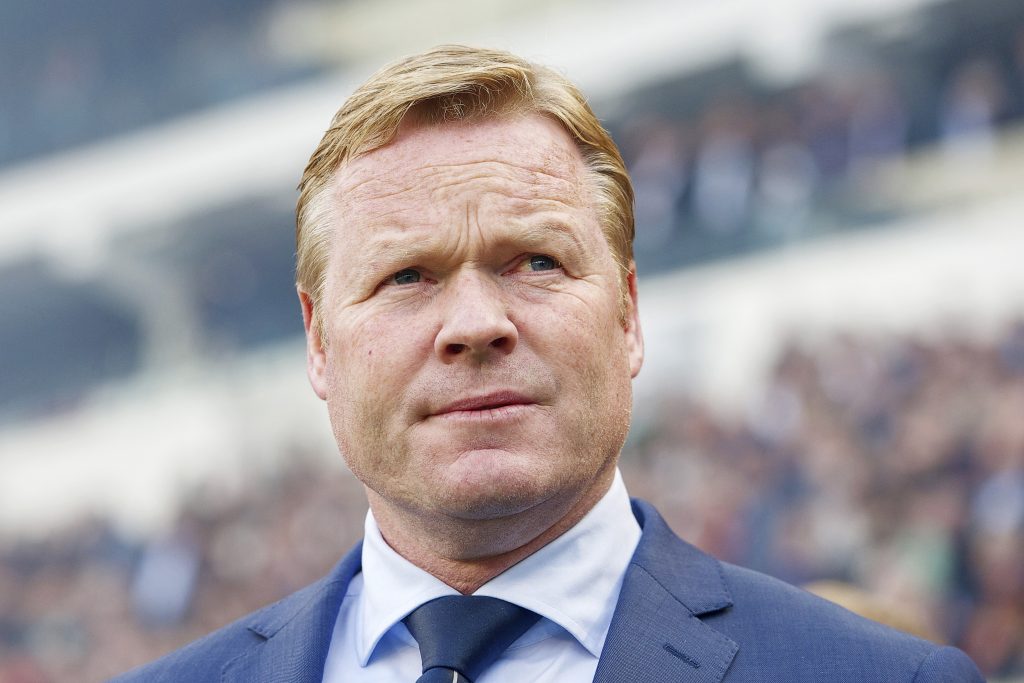 Barcelona have announced Ronald Koeman as their new manager ahead of the 2020-2021 Spanish La Liga season.

Koeman tookover from Quique Setiens who was axed by the club following their humiliating 8-2 loss to Bayern Munich in the Champions League quarter-final.

The former Barcelona defender returned to the club where he was a legend and will be in charge for two years.

The 57-year-old was coach of the Netherlands before he decided to leave his position and takeover his former club vacant seat.

A club statement said more than 30 years after his arrival as a player, Koeman arrives once again as coach at the club that he helped him win their very first European Cup  back in 1992. Koeman, the hero of Wembley, is back.

The Dutchman came to Barça in 1989 after spells in Holland at FC Groningen, Ajax and PSV in which he claimed four Dutch league titles, two Dutch Cups and a European Cup.

Furthermore, in 1988 he was part of the Netherlands team that was victorious in the European Championships.

When he came to Barça he became the second most expensive signing in the Club’s history behind Diego Maradona.

In his six seasons as a Barça player Koeman made 264 official appearances, scoring 88 goals, many of them from his trade mark free kicks on his way to becoming the highest scoring defender in the Club’s history.

Apart from his goals and trophies, Koeman is most remembered by Barça fans for the Wembley final in 1992.

The Dutchman was the scorer of the only goal of the game, his extra time winner giving the blaugranes a 1-0 victory over Sampdoria handed the Club their first ever victory in the European Cup and secured his place in FC Barcelona history.

Koeman was one of the leaders of the ‘Dream Team’ under coach Johan Cruyff and after his six seasons with the blaugranes he finished his career back in his native Holland playing for Feyenoord.

After retirement in 1998 he returned to Barça as a member of the coaching staff before leaving for Vitesse in 1999 to begin his coaching career.