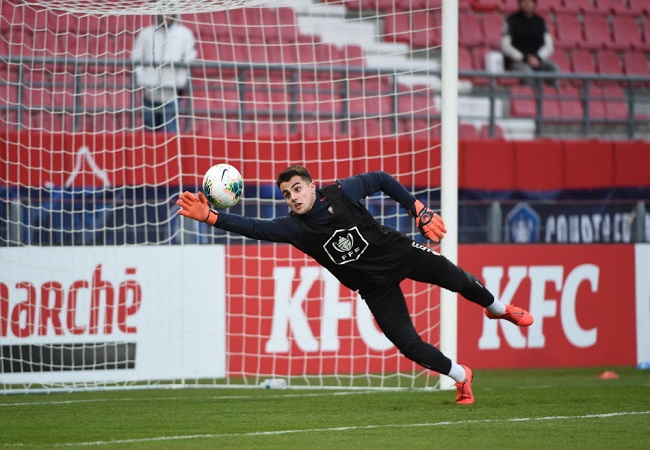 Dijon, his training club did not keep the young goalkeeper. Ewan Hatfout then signed a one-year contract with purchase option in favor of Le Mans (National).

Ewan Hatfout has been undre test with Le Mans for a few days. And the young Franco-Algerian goalkeeper managed to convince the technical staff of Le Man club. At the end of the DFCO season, Hatfout was the second Burgundian goalkeeper.

The 20-year-old goalkeeper, however, was not kept by his training club. And in the last few days he went on a test at Le Mans (relegated to the National), which proved successful. He signed a one-year contract plus an additional year in case of good performances with the club.