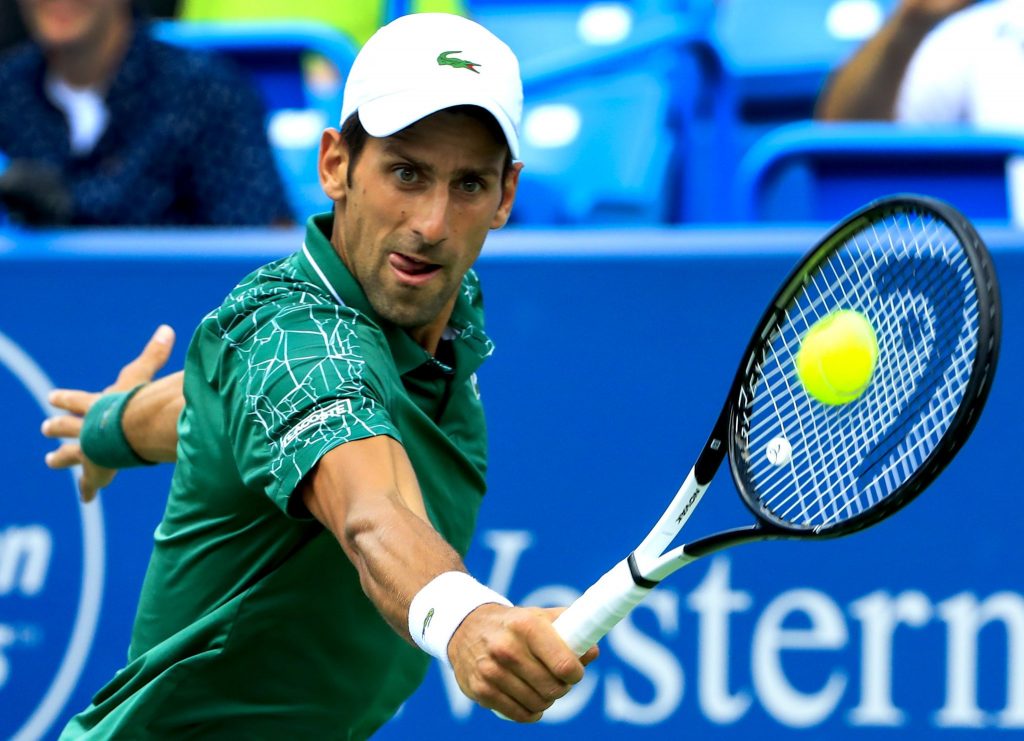 ATP world No. 1 Novak Djokovic will be hoping to extend his 21-match unbeaten run this week when the Western & Southern Open gets underway today.

Djokovic who pulled out of the Cincinnati Open double match on Sunday due to neck pain is fit again as he leads other too ATP stars in the Western and Southern Open.

The Serbian will be joined by four of the Top 5 tournament seeds who will make their returns to the ATP tour after the COVID-19 disrupted Tennis tourneys.

According to atptour.com, the 2018 champion opens his campaign against qualifier Ricardas Berankis of Lithuania in his first match since capturing a fifth Dubai Duty Free Tennis Championships crown in February.

Djokovic unbeaten streak includes an 18-0 record in 2020 and each of those victories have come on hard courts, the surface where Djokovic owns the best winning percentage in the history of the sport (0.843).

Speaking ahead of the game with atpmedia, he said he feels comfortable playing in the hard court.

”I really wanted to restart on a hard court where I feel the most comfortable.

“That’s the surface that I have the most success on.”

Another eye catching game of the ATP Tour return is the clash between Alexander Zverev and Andy Murray.

Both players will reignite their rivalry when they take to the court on Monday as they clash for the second time.

Murray defeated Zverev in their last meeting at the 2016 Australian Open.

Murray in an interview said it will be a good test for him and he will be wary of Zverev who was just 18 when he defeated him in 2016.

He said, “[Zverev has] obviously been up at the top of the game for a number of years now.

“It will be a good test for me, for sure…

“He moves well for a big guy, solid off the ground.

“[He] has struggled at times with his serve. When he’s serving well, he’s obviously one of the top players in the world.”

The World No. 5 dropped just one set en route to the 2019 trophy during a run of six straight final appearances from the Citi Open in Washington, D.C. to the Rolex Shanghai Masters.

“I always play to win [and] I definitely have the competitive juices flowing.

“I think there will be a lot of interesting matches and results.”

Second seed Dominic Thiem will also make his first appearance since the resumption of the ATP Tour.

The Austrian, who reached his third Grand Slam final at the Australian Open in February, will face Filip Krajinovic for a place in the third round.