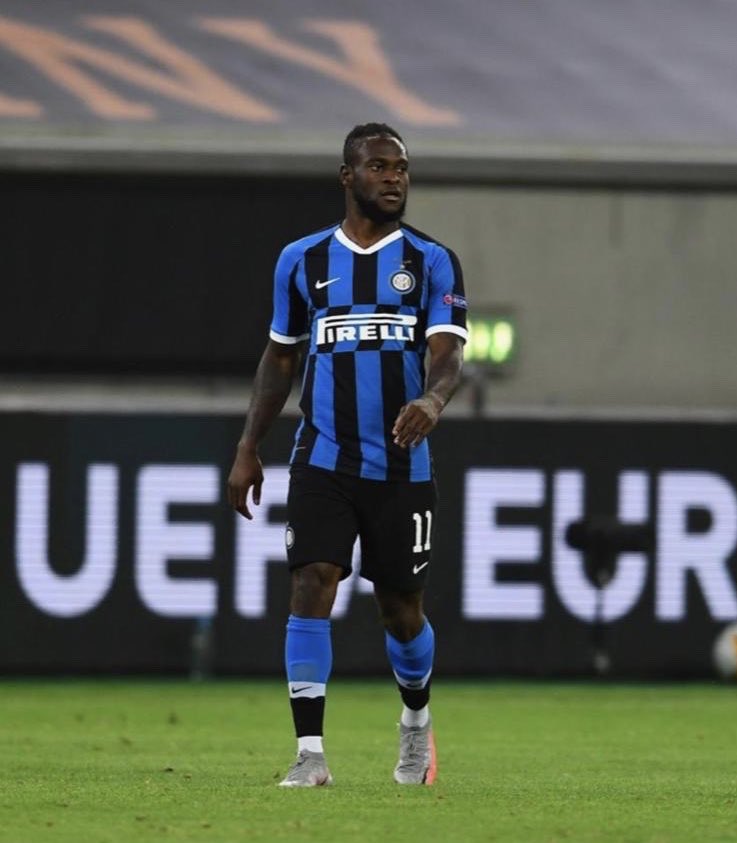 Nothing hurts more than a near success that was that seems to be the state of Nigerian international Victor Moses following Inter Milan loss in the Europa League final.

Moses was so close to winning his first Europe competition title last week Friday before a Romelu Lukaku own goal sealed the victory for Sevilla.

Inter took the lead through Lukaku before Sevilla scored twice through Luuk de Jong and turned the tide.

However, Diego Godin restored parity and just 16 minutes to extra time Moses’ bubble was bursted at the Rhein Energie Stadion in Cologne.

His dream and that of every other team was shattered as Sevilla chained their 6th Europa League title.

Moses seem not to have gotten over the trauma since Friday.

Albeit, he finally decided to put the loss aside and move on as he took to his Instagram account to let it out.

“Devastated to lose the final on Friday. We gave everything but it just wasn’t to be.

“Thank you so much to all of the fans for your amazing support for the team during the season.”

The Chelsea winger reunited with Antonio Conte on loan and played a vital role for the Nerazzuri this season since joining on January.

The 29-year old made 20 appearances and provided three assists in all competition since his loan move from Fernabache .

It is uncertain if Conte will be signing the former Super Eagles winger on a permanent deal as there are no plans for him in Frank Lampard squad.