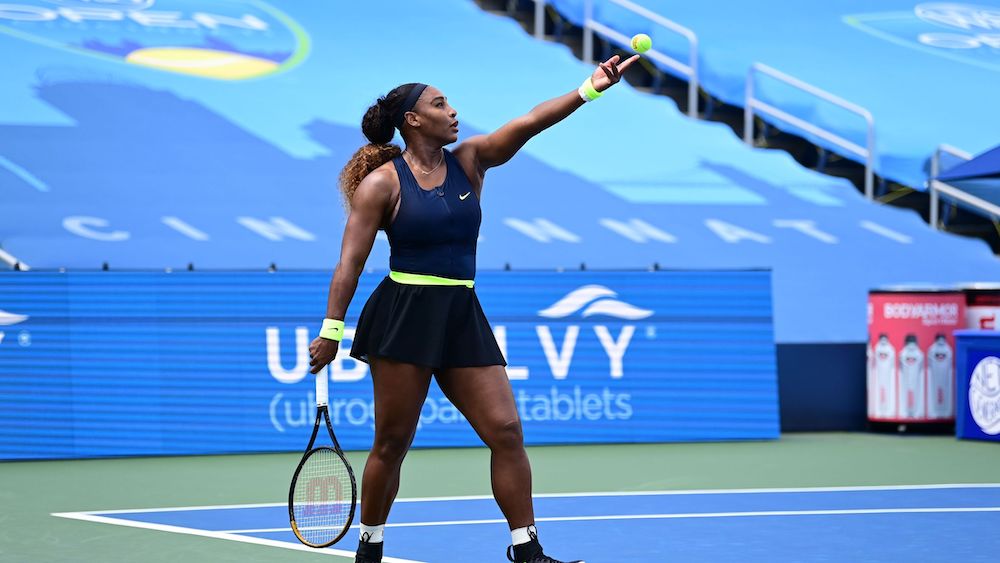 Serena Williams began her quest for a third Western & Southern title by sending a strong statement to all contenders following a 7-6(6), 3-6, 7-6(0) win over Arantxa Rus.

The two-time Western & Southern Open champion who last played in the tournament in 2018 defeated her Dutch opponent who she was playing for the second time.

The first time both players met was at Wimbledon Open 26 months ago when Williams defeated Rus  in straight sets.

The game which lasted two hours 48 minutes saw Serena saved a set point in the first set tie-break and dropped the second before she finally nipped the victory that saw her ultimately advanced to the third round.

The game was her first longest match after the  first round defeat to Virginie Razzano at the 2012 French Open.

The first set saw just one break point in 12 games, as Rus’ lefty serve went toe-to-toe with Williams’ famed delivery ahead of the ensuing tie-break.

Rus, a former junior standout who once shocked former World No.1 Kim Clijsters at the 2011 French Open, thrice led by a mini-break in the Sudden Death, holding a set point at 6-5.

Undaunted, Williams swept the next three points to clinch the set, and rode the momentum into a first break of serve to start the second.

Quickly reversing the break deficit, Rus rolled through six of the next eight games to level the match.

Serena began the third set in brave fashion, rallying from 0-40 down in her opening service game – saving four break points total – and channeled that comeback into a 5-2 advantage in the decider with the help of some big serves.

Rus refused to fade, breaking the No.3 seed at love as she served for the match and reeled off four straight games to find herself serving for the upset, breaking for a second straight time with a thunderous forehand winner.

What followed was an epic game that forced Williams to battle from the brink of defeat, converting her third break point to force a second and decisive tie-break.

The former World No.1 saved her best for last as she roared through the Sudden Death without dropping a point, clinching the win with a swinging forehand winner.

Up next for Williams is No.13 seed Maria Sakkari, who survived a second set tie-break against Yulia Putintseva to advance earlier in the afternoon.