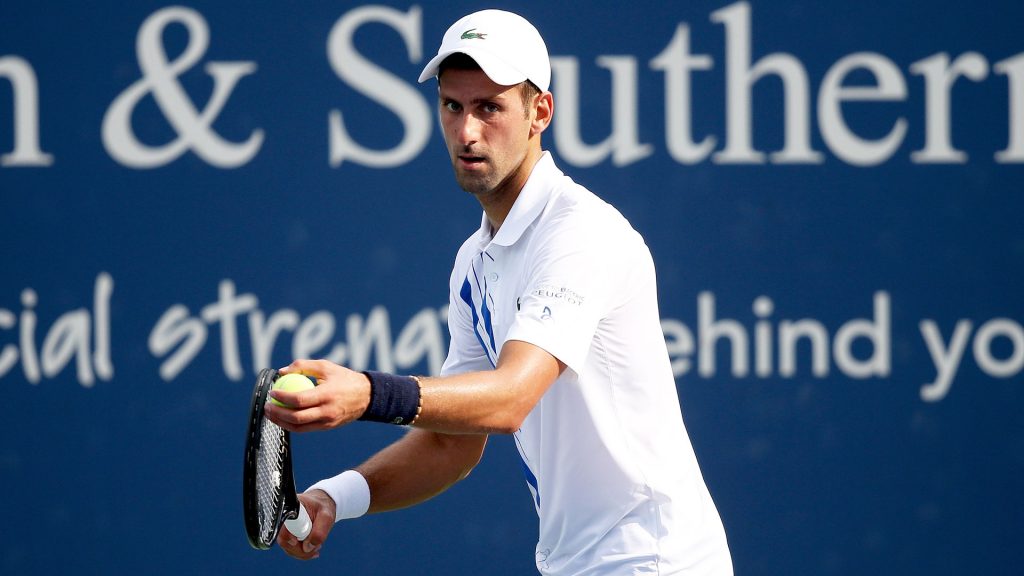 Novak Djokovic has reached the semi-final of the Western & Southern Open following a 6-3, 6-1 victory against Jan-Lennard Struff on Wednesday to equal the record of most semi-final appearances in the tournament.

Djokovic have now joined ATP players like Jimmy Connors, Stefan Edberg, Roger Federer and Bill Talbert to who have all reached eight semi-final.

The World No. 1 converted five of nine break points in a game that lasted for 62 Mk injtes.

Djokovic is seeking his second Western & Southern Open trophy after completing the Career Golden Masters at the event in 2018.

Djokovic is now two wins away from creating further history at the tournament.

Should the 33-year-old lifts the trophy on Friday, he will equal Rafael Nadal’s record haul of 35 Masters 1000 trophies.

An elated Djokovic said he had a little problem in his coupleof services.

“It was great, said the 17-time Grand Slam champion.”

“I started a little bit tight in my opening couple of service game.

“Ever since I made that break at the beginning of the first set, I never looked back.

“I really played very aggressive whenever I had the chance and I was going for my shots.”

Djokovic will attempt to reach his seventh Western & Southern Open final when he meets Roberto Bautista Agut in the semi-finals.

The Belgrade-native leads Bautista Agut 8-3 in their ATP Head2Head series, but has lost his past three hard-court encounters against the World No. 12.