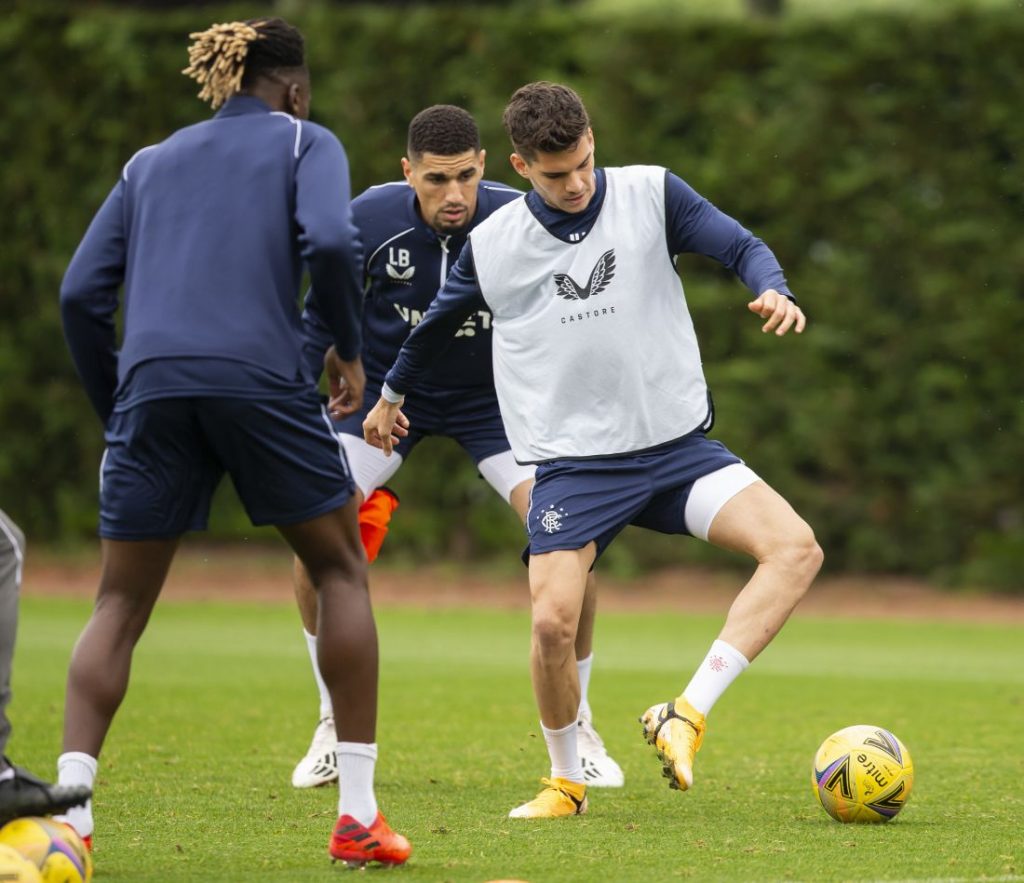 Balogun was injured in Rangers’ 3-0 win against St Johnstone on Matchday 3 of the Scottish Premier League on August 12.

He missed the Rangers 0-0 draw against St. Livingstone and also the 2-0 win against Kilmarnock last week.

Gerrard in his pre-match conference said Balogun will be available for selection while his compatriot Joe Aribo who also injured same game is still nursing injury.

He said, “Leon Balogun is back available for selection. Allan McGregor has trained all week.

” Jermain Defoe and Joe Aribo won’t make the Hamilton game. Both should make the next game, the former Liverpool midfielder said.”

“Back on the pitch with the lads and went straight back to winning ways 🇬🇧😁⚽️💪🏽 🇬🇧 #RangersFC.”

Speaking ahead of tomorrow’s game Gerrard said it has been a good start for his team.

He urged his players to remain focused band take each challenges as it comes.

“Other than the negative of not finding a goal at Livingston it has been a strong start but we remain focus and take each challenge as it comes.

” Hopefully the test events go well, we have missed our supporters and welcome them back as soon as it is safe to do so.”

“Players are hungry but it is still early days to predict whereabouts we are.

” We need to keep improving and working hard on the training pitch.

“We still feel we have areas to develop and build upon.

“We welcome clean sheets and this is brilliant but the main priority is to win the game.

“Jon (McLaughlin) has been great so I welcome having a tough selection choice with McGregor returning.

“Allan has been great for me since I have been here.

With international break approaching,  the gaffer said he will face problem of team selection a most of his players will be out of injury.

“It is impossible to pick the same players for every game as we have, potentially, a near 60 game season.

“Hopefully, come Dundee United after the break I have even more selection dilemmas with a fully fit squad.”

“We want our players to go and represent their national teams and are proud of all those selected.”